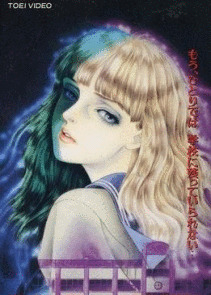 In the bleak, disturbing and suspenseful universe of H.P. Lovecraft, endless horrors await. From ravaging cannibals to ancient rituals come to life, there's no escape for these hapless souls, whether they come across the Danwich outskirts or even the gruesome cover of the Necronomicon.

One day, an undertaker sees a group of weak stray dogs and gives them a bone.

Fujiko Fujio A no Mumako

Deep in the recesses of space, onboard a space station, a young woman named Moira is having terrifying dreams of her crewmates' bloody future. As if to prove the premonition, a lone spacecraft later descends upon the station casting a SOS distress call, though only one member of its crew was left alive. The visions begin to come true when Moira and her friends uncover a mysterious alien who can somehow manifest itself into their fears and regrets. With the crew being picked off on by one, and tensions rising, can any of them last long enough to escape?