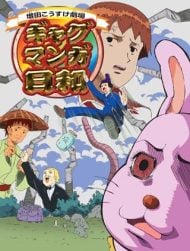 StoryWhat do you get if you cross a rabbit detective, a surprisingly patient Grim Reaper, and an American Consulate dripping with blithe insanity? The fact that I watched all of these characters in action and still don't know the answer says quite something about the nature of Gag Manga Biyori. This show is surreal. Not surreal in the Dadaist tradition of putting an apple on a chair and inviting the audience to draw conclusions about the meaning of life. No. Gag Manga Biyori's conception of surreal takes a cricket bat, hammers fourteen nails into it, and then uses it to repeatedly strike the part of your brain responsible for rational thought, all whilst singing famous arias from Carmen in the voice of Danny DeVito. Needless to say, I loved every second. It's hard to talk about a "story" per se, as the twelve episodes of the series chronicle a multiplicity of different stories, each entirely independant of the last. Nonetheless, all of these share a common thread in that they take place in a world entirely liberated of consequence and the constraints of physics. By not anchoring itself in reality and by hurling overboard any weighty desires to tell a story or to have a purpose, Gag Manga Biyori rises sublimely on a wave of the ridiculous. It sets itself but one target - to make the viewer laugh. A target which it hits with impeccable precision. AnimationThe animation, for the most part, is of the Western school. Characters are correctly proportioned, hair colours reflect reality, and bright hues are eschewed for a more conservative palette. Everything else, however - from the volcano of written text erupting from the mouth of an outraged character to the arbitrary spewing of vital fluids that results - is strictly Japanese. It's not pretty, not by any stretch of the imagination, but the animation is functional. Moreover, it fits the show quite fabulously. The hurriedly-drawn-flickbook effect so often compounds the outlandish humour, conspiring to a result which is as wonderful as it is eccentric. SoundWith its necessarily short opening and ending themes and no background music to speak of, Gag Manga Biyori's sound must be judged on the weight of its voice acting. Oh, yeah, it's pretty good. I suppose one could say that voicing the unrelentingly random is hardly a challenge, but try telling that to Jessica Calvello[/cheap shot]. In all seriousness, the voice acting - overlooking the blatant racism of Consaulte Harris' voice - is of a high standard. Even in the face of abrupt mood changes and mile-a-minute speech, the protagonists' voices consistently lead the viewer to the underlying meaning of even the most untranslatable exclamations. And this alone is all one can really ask for. There are no deep emotions to present, no latent motivations behind an individual's words, nor any embryonic personality traits rising to the surface. Madness is as madness does, and the voicing of Gag Manga Biyori does it very well indeed. CharactersAs was the case with the plot, the characters of this series are far too varied and bizarre to judge in any straightforward manner. However, I can tell you that if you came to see multi-layered characters learn lessons in life and become transformed by their surroundings over a period of time, then you'll be disappointed. What it cannot give in terms of character development, though, Gag Manga Biyori compensates for in variety. Due to the format of the series, an enormous cast of characters is an inevitability. Yet the strength of the cast lies not with its copious numbers, but rather with its diversity. With this format, there surely exists a temptation to make characters look different but act largely the same. It is a temptation well avoided by the show, which provides distinct characters and distinct interactions from one episode to the next. As a result, the comedy is always fresh, and each story has a unique feel to it. OverallTo conclude, I don't think you'll like Gag Manga Biyori. Wait, wasn't I singing its praises a mere instant ago? I certainly was, but in the midst of my voracious enjoyment of the series, I feel an ominous realisation that this is something of an acquired taste and certainly not everyone's cup of tea. If you think you'll like it, then please go ahead and watch it. If you enjoyed it, then great! You and I have something in common. But if you end up hating every pointless, esoterically ludicrous moment of it, don't say I didn't warn you. 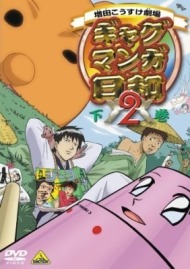 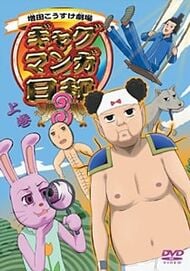 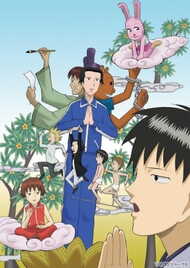 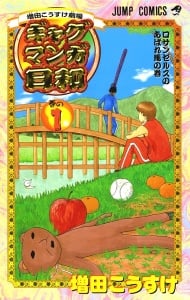 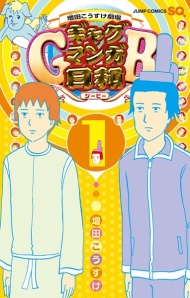