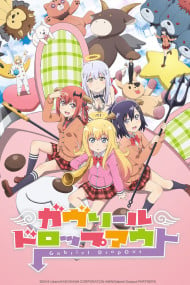 The Day I Knew I Could Never Go Back

The Angel, the Demon, and the Class President

Friends, Work, and the Summer of Bugs

The Angels and Demons Return Home 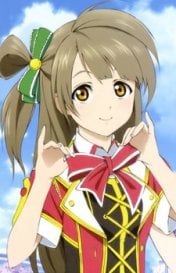 To be blunt, I am a major fan of this anime. As this is only the eleventh episode, my review will be more or less inaccurate, however I will base my judgement off the dedication towards the detail as well as the relativity towards the manga. My review MIGHT CONTAIN SPOILERS so please turn away now if you choose not to be spoiled.  *FINAL UPDATES: UPDATES WILL COME STORY Let's start this off with a short synopsis. This is about the young prodigy "Tenma Gabriel White" a talent filled angel sent to earth in order to understand the humans and become a full-fledged angel. Unfortunately, it all turns wrong when she is introduced to the entertainment of humans. Tenma turns into a carefree and lazy shut-in who barely attends the school she was assigned to. Her close "friend" Vigne a devil, unfortunately is the polar opposite; well natured and clean. Vigne becomes the care taker type of friend who looks after Tenma and tries to remind her of her old self. This creates the generic comedic duo that is sure to be loved. The viewer is taken abroad the story of their school life. Baiscally, this is an interesting twist towards the comedy genre. The gags are somewhat generic, but is introduced in a way that is enjoyable and funny. ANIMATION The art fits the type of story that is in place and is very clean. The relation towards the art in the manga and the anime is fairly close, but may need a little more work. The movement is smooth and effects are effectively used whenever they are needed. The attention to detail is very prominent with the artist as they chose to draw in background characters and structures instead of blur them. Here are some example scenes. ANIME SCENES THE OPENING THE ENDING SOUND First this to say about this is, I LOVE THE OP. It's cutesy and cheerful, yet it still keeps to its comedic feel. The background music is placed perfectly where it should be used as well as sound effects. As for the voice acting, its perfect. It should be evident that the Seiyuu are skilled. As a matter of fact, all of the main voice actors voiced some of my favourite animes. In the second episode we are introduced to the ED. The ED may have finalized my decision in the overall score for sound. The ED is great and once again fits the theme of the anime. It is catchy and is very upbeat. OPENING SONG If you pay close attention to the OP, each characters personality shows in the song, which I find is very unique. Satanichia is always rearing for attention, Tsukinose tries to keep all three of them in check. Gabriel has totally given up and lost all care for humanity, and Raphiel enjoys toying with Satanichia. The begining of the OP is very interesting. It starts off with Gabriel being angelic like and then there is a drop into her current self. This can be easily interpreted as the relation to how Gabriel changed from a sweet mannered caring girl into a slobbish shut-in. ENDING SONG The ending is very similar, however there could be a deep meaning within it. Its the unison of the friends and their differing beliefs. The total collaboration of devils and angels. CHARACTERS To ensure this review is spoiler free for now, the characters have quite the back stories and it's very interesting. As for the anime, they follow the manga as if it's their bible. So, I would be surprised if it wasn't just as good.  Each character has their comedic parts as well have their persona. I can even name them now. THE SHUT-IN - Tenma White, Gabriel : Once such a diligent and disciplined angel becomes the worst type of person; a NEET. More specifically she is a shut-in as she still does go to school. Well partially, half the time she tries to find a way out of school. Regardless, her everyday activities are gaming all day and sleeping only when she collapses. Her comedic appeal as the shut-in fits her well and brings in a new twist into this type of comedy. THE NICE DEVIL - Tsukinose April, Vignette: The complete opposite of Tenma. What can be the worse thing a devil can do to be bad at doing their job. Well, that is being nice. Tsukinose is basically the caretaker for Tenma as well as her closest friend. She does her homework and is very cleanly; as evident within the first episode. Especially, she has no hatred towards the humans. Clearly a failure of a devil and close enough to pass as an angel. THE IDIOT - Kurumizawa McDowell, Satanichia: Now whats worse then a devil who can't be bad? It's a devil who sucks at being bad, up to the point where all their intentions are not even considered of devil quality. Who is this other than Satanichia, the wannabe satan who is soo stupid she fails to win even against a dog. THE BEAUTIFUL SADIST - Shiraha Ainsworth, Raphiel: How can we start to descirbe Raphiel. The best way is through 1 fully descriptive phrase;a pure, devil incarnated, evil, SADIST. Her target? Is the oblivious and idiotic Satanichia. Raphiel lives on the agony that she can imbue upon Satanichia. These two characters form a different type of comedic duo similar to what you would see from SM. Overall The anime is great, yet is rushed. More details about Gabriel's sister could have been added. THey also rushed the "going back to heaven" part. I would have loved if they had at least a whole season there to describe her life. Regardless of the fact, I still really love the anime and I would love if it had a coninuation.

Gabriel DropOut is not a world shaker, but a rather pleasant and entertaining comedy title. The basic idea is average and so is the concept. You just follow the bizarre everyday life of the 2 female 2 demons and 2 angels.There is no real main story here either. The manga still seems to have enough material for a second season, but it seems to remain the same scheme. The strengths of this title are clearly in the characters. These have their strange idiosyncrasies and can even be entertaining. The problem with this title is that the humor does not always get the curve, which makes some jokes and attempts almost monotonous, as some are practically repeated. Animation / pictures Average. The colorful design is nice for the eye, otherwise there is hardly anything worth mentioning. I like the visual representation of the characters better here than in the manga. Characters The strongest point on this title. The characters weren't particularly daunting, but almost likeable. Except for Satanica, she was clearly the shining star of this series. Raphiel was a classic and slightly improved "Ara Ara" type from Girl. She didn't have much, but I liked her pleasant, sadistic way of raising people without using violence. Funnily enough, of the characters, I liked them the most. Satanichia McDowell Kurumizawa is the usual failure. She doesn't get anything baked, always stands up for herself and is not the brightest. However, she has such a big and arrogant ego, which is almost funny. Likewise almost all scenes in which it occurred. My favorite was clearly the Christmas episode. Vignette was just a little above average. She hardly had anything worth mentioning and was just nice. The only peculiarity about her was that she is obviously no good as a demon, provided she is so nice. Gabriel was the most boring for me, even though she is supposed to be the real protagonist. Gambler, couch potato, not the brightest and very lazy. Also had hardly any scenes worth mentioning. It was just average, but in combination with the others it could still bring up a few scenes. My conclusion It is clearly one of the better comedies on the market. It's nothing new and you could have made a lot more out of it. But for such 12 episodes it was quite pleasant and the characters did the rest.

When I first saw this anime I thought, "Wow this is cute but will it be any good?" The answer is actually based on a few factors. 1. Do you like slice of life, school life and comedy shows? 2. Do you like cute girls doing things? 3. Are you ok with an anime with not having much story and character development? If you say yes to one or more to these factors, you are in for a real treat. First Let's start of with the story. (Without spoilers)  Story: After an angel "graduates" her angel school, she descends to the human world. While she is there she is introduced to video games and becomes the opposite of her former self. She ends up skipping school, forcing people to doing her homework for her and becomes obsorbed into human entertainment. Also she forgets her original goal to make humans happy. Even though people around her try to make her formal self, she seems content with her new lifestyle and wishes to continue it. Overall, I think this story is a little above average because in the show they do put in a element who tries to take Gabriel (our angel) back home. Now on to the animation.  Animation: Now I think this animation is way better animated other than "masterpieces" such as Kings Game and Brother's Conflict. But I also think it has it's own style and charm into it as well. I like how it's not too bright (LIKE LOVE STAGE) or dark (LIKE DIBLOICK LOVERS). Now we will move on to what I think is the most important part of any media, characters.  Characters: In this anime I think mostly all of the characters are average but Gabriel to me is the most realistic to the average joe. She is not the one who's perfect at everything, she's not over confident insecure one or comedic relief. She just reminds me of a high schooler who's just getting by and enjoyable to watch. The next character I think who isn't average is one of the side characters. It is actually one of the main girl's brother. (No Spoilers)  Overall: I rated this a six because while I still like the comedy and the angels and demons, I don't like when one of the characters decide to scream like idiot to be "funny" or "#realtable But I do recomend this one to people that don't mind to just laugh out loud. See ya later guys! 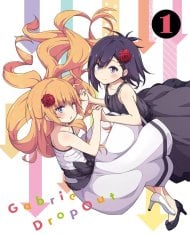 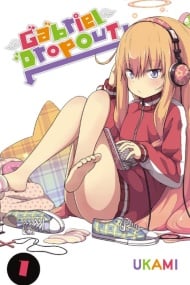