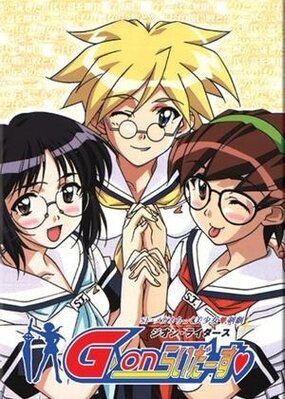 Yuki’s first day at Saint Hoshikawa School turns out to be eventful: not only is the school attacked by aliens, she loses her strawberry panties in the process! In an attempt to retrieve them, Yuki helps defeat the alien – thus piquing the interest of the secret organization G-On Riders. Wearing special glasses that unleash their inner powers, these select girls work hard to deflect the constant alien attacks on Earth; and now, they want Yuki to join them! Meanwhile, mumbling Ichiro happens across Yuki’s panties, and tries to return them. Will he be able to carry out his task and confess his growing love to Yuki, or will the space invaders ruin his dreams by over-running the G-On Riders and Earth?

G-On Riders (GOR) is a fine example of how the industry can waste its money without creating anything worthwhile. It is one big parody of sci-fi / mecha / superpowers, it is full of ecchi, and at the same time it is completely empty of likeness. Watching it is learning how to make something out of pure boredom without any regard to if it leaves the viewer with lasting impressions. And unfortunately it is so generic that you will forget it as soon as you finish reading this review.Let’s start with the produsers. This is a collaboration or studios TNK (which makes almost entirely throw-away harems and ecchis) and SHAFT (which makes good artistic comedies but this was way before Shimbou Akiyuki joined their ranks and thus it is shit). Absolutely nothing to see here.Let’s continue with the production values. Animation and the sound are amongst the lowest budget productions I can remember in a non-hentai show. Most of the animation is frozen panels, while the rest are simplistic character figures with jerky movements and bad lip motion. Most of the sounds are random boring tunes, while the rest are lifeless dialogues. It is very rare to find a show where you can see how bored the animators and the voice actors were, and this is definitely one of them. The perky voices and the occasional action scenes may fool you to think they sometimes try but in reality the drawings are like done by someone half-asleep and the talking is like they are reading the script without paying attention to how the character should act. There is simply no life in this work.And it’s not as if the setting does not allow liveliness. In fact, it is so crazy that it should be full of motion and wackiness and over the top yelling and nagging. But no, the characters act and sound almost apathetically, thus feeling completely out of character. What you end up vaguely paying notice are the sexual fetishes of the series. It is nice when they are indirectly thrown in at random intervals with some funny explanation to why everybody is dressed as such. But not in this show; every girl is cosplaying or running around naked without any reason at all, other than making us horny without some sort of internal logic. But for people who only care about fetishes, I must say that this show is their abode as it is full of them. The base template is glasses; every girl wears them even if they have perfect eyesight. On top of that you can find everything, from maids, to cat girls, to lolis, to whatever rocks your boat. The problem is, everything is there for no reason at all in-story and it quickly becomes more irritating than funny or arousing. Sure, it can give you a boner if you don’t care about all that but even sex needs some foreplay or it will be more of a chore than pleasure.The story is a mix of a typical harem and typical super robots formula, mixed in an extremely boring and effortless attempt at making poor excuses for girls to cosplay or lose clothes. So ok, aliens invade Earth and all the girls fight them with superpowers, lose clothes, wear glasses and hit on the protagonist. If all that mean anything by the time the show ends, then they are buried under 10 tons of concrete and you are too bored to dig anyway. There is a plot of sorts going on but it will be completely undermined in favor of badly presented humor and no-foreplay erotism. And of course, no solid ending since the scriptwriters fell asleep.The characters are completely shallow, even for comedy standards. You don’t even know what half of them are doing in the series, or why they do it, or why you should care about all that. They are all stereotypes all right, but even their archetype it underplayed with the lifeless animation and the dried up dialogues, effectively messing even this essential. So no, they are even less than undeveloped or stereotypical. They are dead! Well, that’s all I had to say about this boring anime. Feel free to forget everything as I delete the series before I fall as–xrrr zzzzzz … (feels like a boring review but in reality I was just role playing in order to fit with the mood)And now for some excused scorings.ART SECTION: 3/10 Analysis: General Artwork 1/2, Character Figures 0/2, Backgrounds 1/2, Animation 0/2, Visual Effects 1/2 SOUND SECTION: 4/10 Analysis: Voice Acting 1/3, Music Themes 1/4, Sound Effects 2/3 STORY SECTION: 2/10 Analysis: Premise 1/2, Pacing 0/2, Complexity 0/2, Plausibility 0/2, Conclusion 1/2 CHARACTER SECTION: 2/10 Analysis: Presence 0/2, Personality 0/2, Backdrop 1/2, Development 0/2, Catharsis 1/2 VALUE SECTION: 1/10 Analysis: Historical Value 0/3, Rewatchability 0/3, Memorability 1/4 ENJOYMENT SECTION: 1/10 Analysis: Art 0/1, Sound 0/2, Story 1/3, Characters 0/4 VERDICT: 2/10 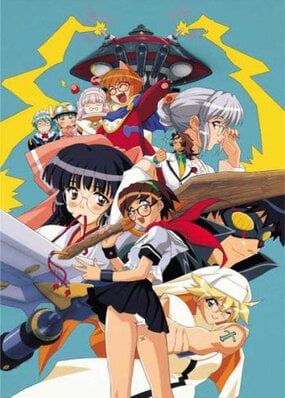 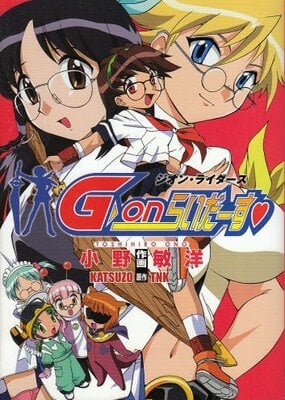