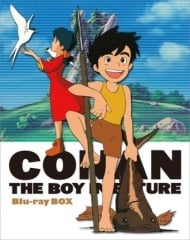 In AD 2008, mankind developed deadly weapons and eradicated most of the Earth and its people. 20 years later, a young boy named Conan and his 'grandpa', one of the last survivors of the devastation, live a peaceful life on Remnant Island. One day Conan rescues a girl on the beach named Lana and learns the true nature of the rest of the world. After Lana is kidnapped, Conan's good nature propels him into the biggest adventure of his life: to find Lana, High Harbor, Dr. Lao, and a way to crush the evil and oppressive city of Industria.

Should you watch: yes if you don’t mind something old. Future Boy Conan really surprised me with how well everything was done. I was shocked that I liked something so old (almost 40 years). Comparing it to anything else in that decade or even the next wouldn't even be fair. (Granted I liked urusei yatsura a lot) Future Boy Conan is based of the book The Incredible Tide and has been translated to almost every language you can think of. It is directed to young adults with the overall theme similar of other anime in the time about how war and fighting is atrocious and there are no winners.  Interestingly the show when aired was not very popular. STORY: Set in 2008 (I already laughed here) mankind has been devastated by war and only a few people remain. The main character Conan (detective?) an 11 year old boy lives on an island with his grandfather. A young girl, Lana, washes up shore and is on the run from Industria. The story focuses on the relationship between Conan and Lana and there interactions with the different islands in the world. There is a semi-satisfactory ending, but I would have liked a little more. ANIMATION: Different, but not bad. For something about 40 years old, it was probably the best thing anyone saw. It’s very simple but I expected much worse. SOUND: Nothing special. Shin’ichirō Ikebe was the sound director and is famous for contemporary classical music, of which I am not a huge fan of. CHARACTERS: The extra strong resilient main character who for some reason can even dodge bullets, Conan. The extremely intelligent, moral, and diligent female who the main character keeps rescuing, Lana. Both of which inspired Sheeta and Pazu from Castle in the sky. Third wheel who helps and actually adds to the story, Jimsy. Also typical evil guy who wants to rule the world in the same way the caused it to almost end. Can’t really say the character ideas where stolen anywhere, but I can see how these character designs inspired future anime. OVERALL: I give it a 7 (top 50%). This anime was funny and unique. I love seeing how anime has evolved over time and watching the adventure of Conan and Lana. The animation can be off putting to some due to age, but if you don’t mind you’ll really enjoy this anime. P.S. Thank you LadyPsychic for the recommendation. 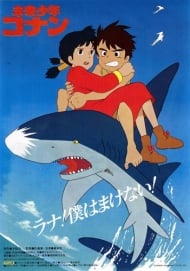 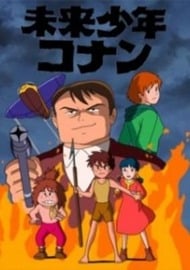 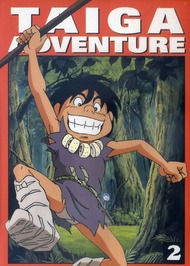