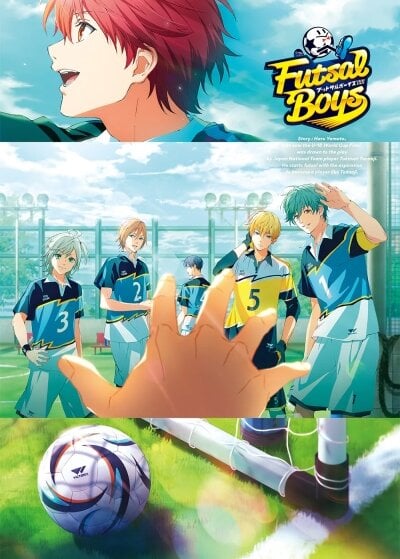 Due to her father's sudden job change, first-year high schooler Aoi Takahashi makes the decision to enroll as a transfer student in a private all-girls school in the Kanto region due to its surprisingly low cost and minimal grade requirements to enter. But on her first day, she discovers the real reason behind these "perks": the school requires every student to join a club that roots for one of the twelve teams in Nippon Professional Baseball, and all eyes are on Aoi to see which team she chooses to support! With all the rivalry between the twelve clubs, will Aoi be able to cope and enjoy her high school life?

As a door closes, another one opens... Kurobe Taiyou's baseball dream ended unexpectedly and the scars it left within him are deep. A chance encounter introduces him to the world of table tennis. Can ping pong light the fire that used to burn so brightly within him?

In her middle school days, Mizuno Hikari was a hurdler on the track and field team and took her team to the championships. But afterwards, she got in a slump, and turned down the high school track club. However, after competing in the obstacle course at the school's athletic festival, she rediscovered the fun of running and joined the track club after all. As for her inspiration, it's the late Ise Katsumi's older brother, Masami...