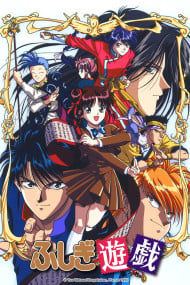 Story"Soap Opera." For me, this phrase generally illicits only negative responses. If asked what came to my mind upon hearing the term, the result would probably be something along these lines: poorly acted, intellectually devoid, shamelessly manipulative trash aimed at uneducated housewives with far too much time on their hands. While I generally tend to avoid comparing animes to totally unrelated parts of American pop culture (Cowboy Bebop is like Die Hard plus JAZZ!), in many ways Fushigi Yuugi and your standard soap opera are eerily similar. Like your average soap opera, Fushigi Yuugi contains a frustratingly manipulative plot. The characters are often made to react in absolutely irrational ways, because if they didnt, there wouldnt be a conflict. Also, constant measures are taken to keep the two main lovers apart, and oftentimes this feels more than a little contrived. Even more annoying is Fushigi Yuugis almost constant dependence on cliched devices to tell its story. Aside from the blatantly obvious magical girl archetype, we are also plagued with a story that has schoolgirls warping to another dimensions, friends torn apart by circumstance, and hair raising DBZ powerups. After a while, the hackneyed storytelling really begins to interfere with the overall plot. Finally, the anime suffers from random and generally distracting fanservice that really goes against the classic love story that the anime is supposedly striving for. Worse than any of these faults, however, is the outrageously casual way in which the anime deals out death sentences. Starting in the final half of the anime, characters begin to be murdered away in a frustratingly flippant fashion. After their deaths, the anime is barely impacted; the characters are often freely cracking jokes the very episode after someone important has died. As opposed to plucking at my heartstrings, these frivolous fatalities angered me; I could only be jerked around so much before I saw these deaths for what they were: ratings boosters.AnimationFurthermore, Fushigi Yuugi is eerily similar to soap operas in its relatively low-budget music and visuals. The animation, on the other hand, is just barely good enough to not draw attention to itself. Repeated footage, as well as other standard 1995 methods for money saving, is used at will. The character designs are all fairly unappealing (at least for guys such as myself).SoundThe instrumental parts of the soundtrack are irritatingly repetitive, and are only occassionally broken up by bland and vaguely nauseating J-Pop. Voice acting is far from impressive as well.CharactersAlso in traditional soap opera fashion, the anime has far too many characters to possibly keep track of. One would think that an anime that was 52 episodes long would have nice character development, but no - almost no time whatsoever is given for characterization of the more minor characters. Many of the supporting characters feel almost like sacrificial lambs, waiting for their moment in the sun when they can be slaughtered in a heartless ploy for more viewership. The villains, as well, needed far more development than they were given. Oftentimes the "character development" that they received was nothing more than a brief description of what their superpowers were. The only two characters that are worth mentioning by name are Tamahome and Miaka, the two main characters of the show. For what it's worth, they're acceptable, albeit unspectacular, leads, and do a fine job of anchoring the show.OverallWhy, exactly, are so many people here cheerfully labelling Fushigi Yuugi as soap opera, and then giving it positive reviews? What is driving them to actually LIKE an anime that is plagued with so many aggravating faults? The answer, I think, once again lies in the general nature of soap operas. Fushigi Yuugi, much like the genre of television I am comparing it to, has a distinct charm to be found in its sheer innocence. Sure, the characters are cliched, the story is hackneyed, and the soundtrack is godawful, but its heart is almost certainly in the right place. The two more contemporary animes that resemble this one, The Twelve Kingdoms and Kimi ga Nozomu Eien, undoubtedly surpass Fushigi Yuugi in overall execution, polish and creativity. However, by gaining sophistication, they lose something that Fushigi Yuugi has in spades: guileless appeal. This single innate quality makes the show enjoyable in spite of its undeniably superior successors.

If you think isekai is a recent trend, you would be wrong, since there was a time when a whole bunch of anime were also about people transporting to magical worlds. And what do you know, almost all of them came out at the 90s period of the economic crisis in Japan. It’s as if these shows thrive at a time when people want to escape reality or something. One of them was Fushigi Yuugi, and used to be very famous back in the day, along with the other anime by the same mangaka, Ayashi no Ceres. Nowadays very few remember them and even fewer talk about them, since when you break them apart, they are fairly average at what they are about. This one in particular is a generic reverse harem / fantasy adventure / melodramatic romance, and to its credit it came out when there weren’t many similar series to pose a challenge. Later on came Escaflowne, 12 Kingdoms, and even the quite recent Snow White with the Red Hair. Fushigi Yuugi doesn’t stand a chance before them. Despite being average as a whole, it is below that when you see how it handles every genre. The romance is the done to death Young Adult type we all came to hate. You know what I’m talking about, if not, think of Bella from Twilight. Typical naïve teenage girl, surrounded by pretty boys with superpowers whom are all interested in her, and is soon revealed to be the chosen one of prophesy that will save the world with her virginity. And I have to stress the virginity part since a big portion of the story is her and her best friend being constantly assaulted by men who want to rape them, until the pretty boys storm in and save them. Also, the romance is very farfetched, since the main duo fall in love pretty fast and without much time spent together to excuse it. That’s how most shojo work after all; the audience loves the idea of instantly falling in love with a handsome bad boy who will take them away from their boring lives.Another issue is pacing, which is very slow and has many episodes that do not progress the plot even when they are not fillers. A whole episode is spent every time a new character is introduced and has to show off his superpower. There are dozens of them, none of which contributes to the main plot outside the main four. Setting that aside, the story as a whole is good. Not well written but entertaining for what it is, like a soap opera with magic, slapstick humor and some fan service. There is a plethora of different character with different goals and demeanors and most of them change or mature or simply get killed. It’s nothing elaborate, since they all end up changing their minds and follow the priestess after a motivational monologue, while inhuman villains try to look sympathetic to us ten minutes before they kick the bucket. It’s crude and sudden to have gravity and as I said outside the main four, everybody else becomes fodder in a team and stalls the plot with battles that have nothing to do with advancing the story.Despite that, it’s still full of twists, intrigue, and goes for that trick of ending most episodes with a cliffhanger so you will want to know what follows, even if in retrospect it wasn’t very important. It even has a solid ending, rare for anime, which is unfortunately ruined by the several OVA sequels that followed it and made a joke out of the few concepts it handled properly. A third issue is the low budget, as expected from a show that was made during an economic crisis. Everything feels cheap, from stiff animation, to simplistic character designs that make most of in the cast to look as if it’s the same person with a different wig and uniform. It’s not like prettier colors would have made the script any better. People did not complain about it much, back when this was the norm for any show. The magical realm and the romance were enough to please the anime fans of the early 90s. It still makes it harder to watch once you are spoiled by later series with much better production values.But you know what, eventually everything comes back to the quality of writing, which Fushigi Yuugi doesn’t have much of. Miaka is a bland self insert heroine who spends most of the time gushing around pretty boys before losing her clothes, getting chased around by rapists, and having to be saved by a hunk. Or, if that is not possible, activating her secret powers so she can survive no matter what happens. As for the bad guys they are basically the evil counterparts of the heroes. That’s bottom rank storytelling and it doesn’t have flamboyant visuals to pass as tongue in cheek funny. Especially when half the time the show expects you to take it seriously. Like, this is an actually dramatic story with actual tragic characters. So to sum it up, it was fine for the time it came out but didn’t age well, and you can find similar and way better series out there. SUGGESTION LIST The Twelve KingdomsVision of EscaflowneSnow White with the Red Hair 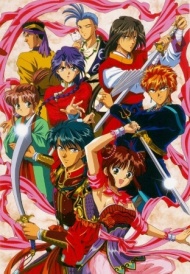 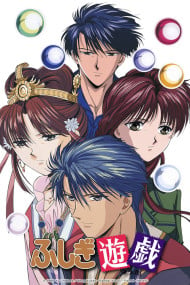 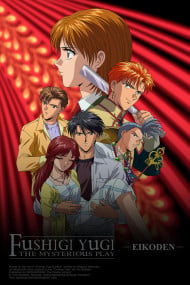 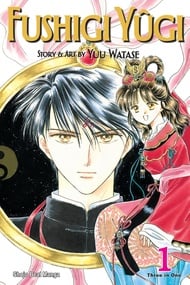 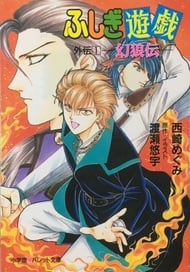 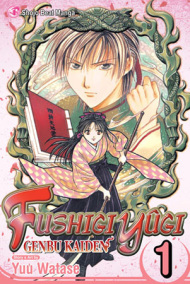 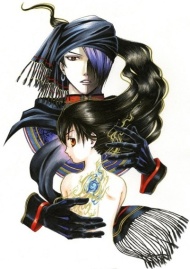 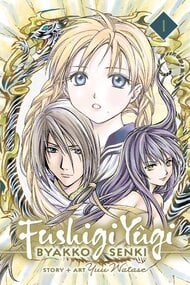