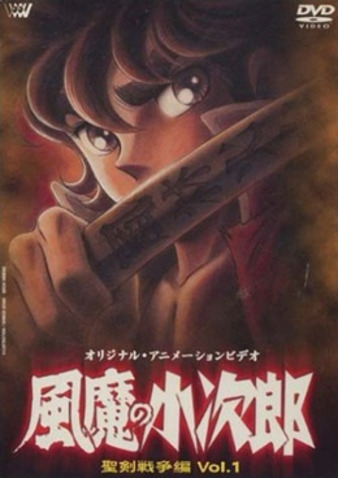 The Yasha have been defeated, but during the war two of the 10 Sacred Swords had been found: Kojiro's Fuurin Kazan and Musashi Asuka's Ougonken. The finding of these two swords is just the start of the coming Sacred Sword War between the Cosmo Warriors & the Chaos Warriors.

I sugest to read first season review before, not going to repeat or explain many things,  https://www.anime-planet.com/anime/fuma-no-kojirou-yasha-hen/reviews Plot 4000 years a go (now this season has a better plot at the beginning), the Gods created 10 saint swords. Two of them appeared in the previous season. Now the antagonist is Emperor Caos wich wants to control all the swords and the world. So during 4000 years the war between cosmo and caos warriors happened all over the history, and those warriors reincarned many times to have that battle. So in this modern era, the battle for the 10 saint swords will happen again. Now they will fight till death for a bigger goal wich is keep balance of the world. Fuma clan: Kirikaze, Ryohu, Shoryu, the same characters of the first season. Cosmo warriors Kojirou of Fuma: main character, he holds the Furinkanzan, wind sword. Ryoma of Fuma: he holds the Seiranken, a psychic sword. Musashi Asuka: he holds the Ongonken, fire sword. Sigma: he holds the Byakuroken, dark sword that steals souls. Soshi Date: he holds the Gurenken, fire sword. Caos Warriors Caos agents: Rasha, Dabide, Arthur, Shion. They fight for caos to try to get the other swords. Mero: he holds the Raikoken, electric sword. Shura: he holds the Hishogen of the illusions, creates illusions. Chakal: he holds the Shikoken, a light sword. Ox: he holds the Jujiken, an earth sword. Emperor Caos: he holds the Hootenbu," The most beautifull, the biggest and its power is like the power of a God", that sword can control the others swords as well. Chapter 1: Caos Score 5/5 The Fuma base is destroyed, wich triggers the conflict. Shion and Rasha battles in Fuma territory. Chapter 2: 10 Saint Swords Score 4/5 An Unknown being (with a huge Athena shape), explains the conflict between cosmo and caos. Arthur, Shura and Dabide battles against Kojirou, Musashi and Soshi. Chapter 3: Cosmos 5/5 Kojirou needs to find Sigma, and Ryoma needs to find his sword. I think this was my favorite chapter Chapter 4: Reunion Score 4/5 The cosmo warriors and the caos warriors gather together to battle in the place were the saint war begun. Chapter 5: The Hootenbu Score 3.5/5 The final battle between the emperor Caos and Kojirou starts. (bad start by the way). Some things are starting to feel repetitive. Chapter 6: Rinne Score 3.5/5 I won´t explain what Rinne is to not spoil. The battle between Caos and Kojirou continues till the end. Predictive ending. Animation Same as the first saga, I like the different designs of the 10 swords, super power skills are ok.  Music and sound Intro is fast rock with male singer, ending is slow classic guitar with male singer. I heard a single trumpet during an emotive moment, and slow rock during combat. Critic and comparison with 1st season +)Is better now they fight till death for a great goal, and not just some pity rivalry between academies. +)Now they use the word warrior, and not shinobi,much better, both were confusing. +) No more life/death battles in japanese schools. Great idea to remove that. +) the 10 swords gives a good order to the plot. +) now you dont have the problem to have skills and skills in swords, is almost all skills in swords. No more one hit kill and not know the character skills. -) The big mistake, is they couldn`t use the great recipe of cat and mouse combat like in the first season wich made the combats much more unpredictive and fun. -) Ending was more predictive than season one. -) In this season, chapter tittles are anounced with a black screen, white letters, no sound, very lazy, compared to the first season wich was better. Overall In my opinion is like they did 3 steps foward, and 3 steps back, they improved plot and meaning to risk life, but the fun factor was affected. I enjoyed first season a bit more. Rating 3/5 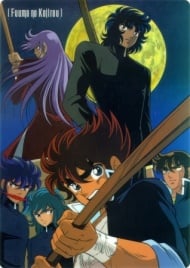 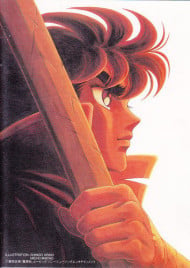 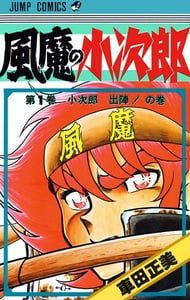