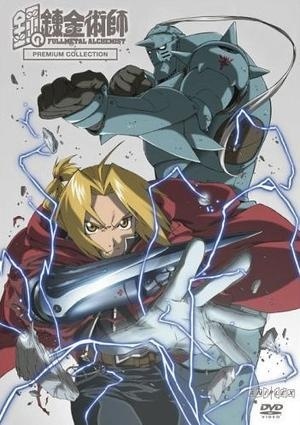 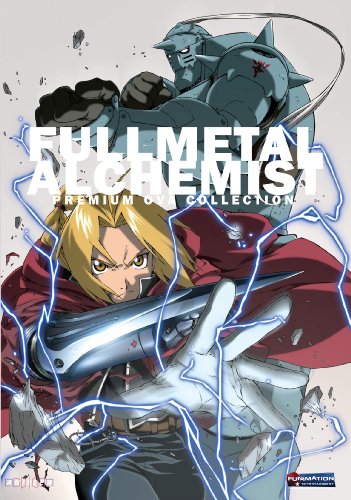 I have no synopsis for this one…

To be technical, this is a Studio BONES production and just for the sake of this review, Studio BONES is going to get a pass on this one for the most part. Except for one of the OVA’s which I’ll explain later. The animation is used well and that’s all I will say about it. The music by Michiru Oshima is recycled in this OVA and I have no complaints over this. Maybe I shouldn’t have mentioned what I just said. Forgive me. 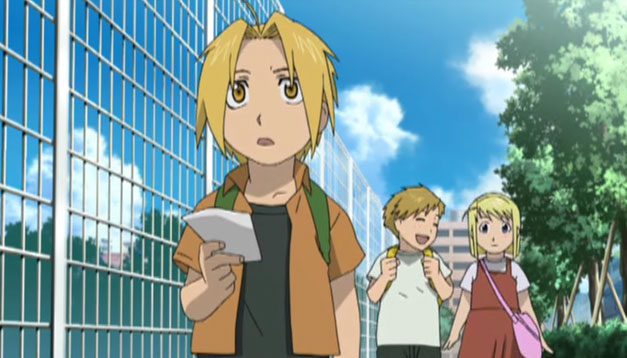 When voice acting is concerned, the Japanese cast is the good old cast from the original series, and I don’t feel the need to refer any cast members since this is just an OVA that is not connected to the main series in terms of plot. As with the English Dub, I’ll make just one exception on referring to a cast member. Aaron Dismuke was a high-schooler when he voiced a few lines as Alphonse when in the movie he was going through puberty. His voice is unrecognizable from the original series and Funimation compensated this by having Al telling Ed that it’s puberty which was never in the Subtitled Version. But since this is an OVA, there’s nothing much to complain about that. Both casts are good.

Even though this is part of the Fullmetal Alchemist series as well as not being tied to the main series, the characters are treated well in and any of your favorites get some great moments.

Now I should probably go over the OVA’s themselves. The first one we have is Chibi Party which plays like a wrap-up party to the original 2003 series, this is by far the funniest one of the package. And Winry is hilarious in this. If you want a good laugh, this OVA is for you. The second OVA is actually the most interesting one. The second one is called Kids and this is technically the epilogue of the entire show since it show’s Edward Elric has aged and will be 100 years old according to the informative text at the end. This OVA shows Edward’s great-great grandchildren which look like the Elric Brothers and Winry. It’s a nice OVA for the most part, but it very well could be the epilogue of the show. The third OVA is Liveaction which I felt was a little different and not really my kind of thing. Then there came the fourth OVA Alchemists Vs. Homunculi. This OVA is an interactive short where you are the newest member of the military and assigned a mission. I actually don’t like these kind of specials, maybe it’s a cultural thing for Japanese viewers. I will call this a “take it or leave it” kind of viewing. The last OVA is Reflections which is a recap of the entire series with sections narrated by a few characters. This is the only OVA that was excluded from the American release. For those that are completionists, this could pose as a little issue but it is a recap that is quite longer than the rest and it really wasn’t necessary in the first place which I have no issues regarding the last OVA being excluded in the American release. Now that I have mentioned all of the OVA’s of Fullmetal Alchemist, it is time for me to close the gate of Fullmetal Alchemist for now.

The Fullmetal Alchemist Premium Collection is available by Funimation.

With all that said, the Fullmetal Alchemist Premium Collection is a nice little extra with a funny OVA to start with and an OVA that feels like an Epilogue to the series. However, Regardless of animation and music, the last three are pretty optional and not as worthwhile than the first two. The Live-action OVA is odd, the Interactive OVA may appeal to some, and the recap OVA is kind of pointless. This OVA collection is a must have for die-hard Fullmetal Alchemist fans, but it’s not necessarily mandatory.

I give the Fullmetal Alchemist Premium Collection a 6.6 out of 10, it is DECENT!

Not sure why only three episodes are listed, when other sources online say there were four in this collection.

This one was just plain awesome. Set towards the end of the show, you are just starting your path towards becoming a State Alchemist. Bradley speaks directly to you, assigning you to Roy Mustang's care. Ed and Al happen to get themselves into trouble right then, so you go off to the rescue!

The animation quality was that of a normal episode, and the fighting was subreb. The "interactive" bits were quite awesome, and I had a big grin on my face after it was over.

Al (in his suit) goes off looking for Edward, where he arrives at the studio who created FMA. He's animated (quite badly, I thought), but the enviroment and other people are all real, hence the "liveaction". I'm not even sure of the purpose behind it. I thought that it was rather lame...

Set after the FMA movie, this is just a fun little short with everybody throwing a party as a celebration of being done with the movie. It wasn't bad, but... it wasn't that great either.

This should be counted as the very end of FMA. The ending of the movie was very bittwersweet, but this little short cheers you right up. I won't spoil the ending, but it shows that everything really did turn out alright in the end. A perfect ending to the show.