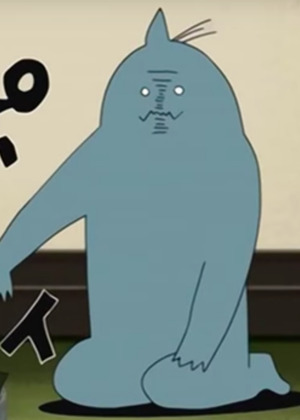 For fans of the manga, this is basically the extras at the end, just animated. Its randomness, its hilarity and its truly amazing drawings are all very similar. I would still say I prefer the ones in the manga, but then again, I consider those perfection and these just a bit below - so pretty good then.

For those who haven't read the manga: First of all - WHAT ARE YOU DOING?! READ THE MANGA!

In essence, these are short skits that mock/improve upon events that happened in the anime by making them utterly ridiculous, or take a concept from it and make it completely random and hilarious. Basically, they are awesome.

If you love FMA, I cannot recommend these enough. Although, actually watch it before you watch these. Most of these are inside jokes, and those that aren't are a hundred times funnier when you've seen the anime.

I have no reason to give a synopsis about this one because this whole entire thing is a self-aware parody of the series. This anime is inspired by the manga omakes that were at the end of a volume of the Fullmetal Alchemist manga. Interestingly enough, 99% of the segments are parodies of some of the events that took place in Fullmetal Alchemist: Brotherhood. The first segment is the only one that was based on the manga omakes (extras). Also, it should be made clear that the Comic Theater is not meant to be part of the series canon. It is a parody of the series after all.

I do have one last thing to say… This Comic Theater parody is worth the time for bonus material. Some of the segments are funny as hell. I would like to add that The Japanese cast is alright but how the English Dub handled some of the dialogue made me laugh my ass off. I recommend that you watch this Comic Theater after watching the entire series of Fullmetal Alchemist: Brotherhood because they are parodies of key moments so… keep that in mind. I had some good laughs.

Overall, Fullmetal Alchemist: Brotherhood Comic Theater is a hilarious addition to one of the best modern animes out there. It is self-aware of what it does and even though some segments don’t really work. Most of it is guaranteed to give you some laughs.

I give Fullmetal Alchemist: Brotherhood Comic Theater a 9.6 out of 10.