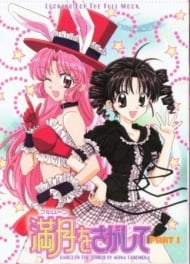 StoryAt first glance, Full Moon wo Sagashite's story shows great potential. Two shinigami tell an adolescent girl with throat cancer that she has a mere year left to live. Such a dark premise seems in complete contrast to the fluffy drivel that shoujo series usually spew out by the boat-load. Perhaps this can rise above the insubstantial and generic mass? Tch. Fat chance. Full Moon’s initial intrigue quickly gives way to a festering pile of nothing whose only redeeming quality is its diligence at sabotaging everything that could have been remotely good. It isn't even the awful storytelling that ruins Full Moon, but rather its absurdly augmented length. The first forty episodes could easily be condensed down to five (or less!) without sacrificing anything of significance. An episode or two of filler in a long series is sufferable, but forty is anything but. Worse, the filler is completely bereft of comedy, thought-provoking anecdotes, or ANYTHING to disguise the fact that it's wasting your time. The only things going on are Mitsuki's embarrassingly easy rise to the top of the entertainment industry, and the “wacky” hijinks caused by everyone being too stupid to function, the tone of which is an infuriatingly far cry from the utter desolation the first couple of episodes teases us with. If that weren't bad enough, bizarre coincidences and inconsistencies pepper the story. The shinigami Takuto and Meroko can phase through walls, yet sometimes they get severely delayed because of a locked door or another physical barrier. They also spend an insufferable amount of time trying to not be noticed by humans while in their (visible) stuffed animal form, despite the fact that mortals cannot see their typical form. Granted, the final arc manages to escape the brain-melting cycle of filler. The plot evolves (I would usually use the word 'devolves' in this situation, but here it is an improvement) into a mawkishly mediocre shoujo melodrama. By this time, though, exhaustion from slogging through endless amounts of fluff has settled in, and only audience members lacking crucial mental facilities will be able to muster excitement for the finale. The grimace-inducing pedophilic relationship that develops will wake everyone else from their torpor.AnimationTo compound it’s inadequacies, Full Moon delivers barely serviceable animation. Gaudy bright colors coat characters and settings alike, and character designs range from forgettable to contemptible. However, it isn't the (deplorably low) production values that makes the series unpleasant to look at- it's the complete lack of ambition. It doesn't care that it's ugly, and it certainly doesn't attempt to do anything other than look completely generic.SoundThe soundscape fares no better. One would expect a show about idols to have good music (or at the very least a wide variety), but Full Moon disappoints in both regards. Until the very last episode she has only two songs in her repertoire. Just two songs repeating ad naseum for fifty-two episodes making the prospect of watching the series on mute more and more appealing.CharactersIf this series was banking on it’s characters to make up for a vapid plot and deplorable animation, there was a grave miscalculation. Full Moon’s is a cast of paper dolls, whose only character traits center around how idiotic everyone is. Logic dictates that everyone should have died in some tragic incident long before the events of the show, due to rampant incompetence. Unfortunately for the audience, this is not the case. Given everything that these characters go through, it is a marvel how one-dimensional and soulless they are. Twelve year old Mitsuki armed with cancer and the knowledge of her imminent death? A mere bumbling idiot. Mitsuki’s guardian shinigami Meroko who has already died? Just as bumbling, if not more so. The only character with a shred of likability or any redeemable qualities is pop rival Madoka, who plays an antagonistic role, albeit a useless one.OverallI’ve heard the manga version of Full Moon wo Sagashite far outclasses this adaption, so if you're still convinced this trainwreck could be superb, you may have better luck looking there. I however have given up hope for this franchise and refuse to touch a manga with such a high likelihood of being abhorrent. As it stands, I can only recommend this series if: you're a very young girl you're sympathetic towards pedophiles (or are one yourself) you consider twelve episodes of content stretched out to over fifty to be "development" you relish terrible J-pop 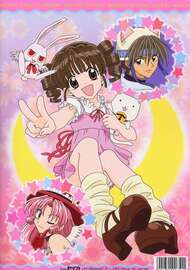 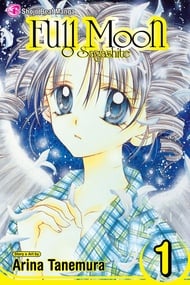