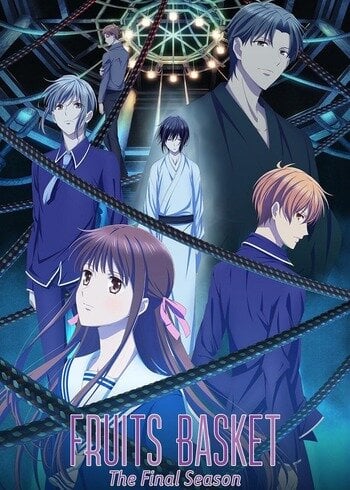 A girl forces herself not to feel anymore after years of sexual abuse from the master of the house where her father is a chauffeur. But then her father and the master die in a car accident, and she's left to live with the two sons... who both want her.

Mimori is the princess of the frog kingdom, a fantastical place populated by the human frog tribe and, well... frogs. One day a young boy named Aoi shows up on the borders of the kingdom, claiming that his elder brother Makaeru cast a spell on him that causes him to transform into a frog when splashed with water. Together, Mimori and Aoi set out on a journey to find a spell to cure him.

Clyde is a 8 year old boy that dreams of committing suicide when he grows up. A self-proclaimed angel named Jeff appears before him, claiming to be sent by Clyde's deceased father.

Ayuna comes to visit her brother at the hotel where he works, but a case of mistaken identity leads her into the royal suite and the arms of Takano, a handsome young businessman. He's Daidou Corporation's ruthless behind-the-scenes manipulator who handles all of its dirty work. Nothing gives him more pleasure than corrupting that which is pure, and... Ayuna is pure.

Auna is a girl forced into servitude to a petulant princess who presents her with a furry fox cub. Soon afterwards, Auna embarks upon the adventure of a lifetime when she learns that fox is really an adventurous boy trapped by a magical spell! Before she knows it, the pistol-packing teen and her unlikely ally journey into a fantasy realm unlike anything you've ever seen!

Skyla is a girl who speaks Cat. Logan is a boy who humiliates her as his hobby. One day, Logan finds himself tortured by a curse that transforms him into a cat.  What's worse, the metamorphosis is not a one-off incident. Appalled, Logan finds Skyla, the girl who can communicate with cats.

A cursed girl's life changes forever when her cat, who lived with her quietly for a long time, shows her his real human form. Fluffy Boyfriend is a love story in a world of half-animal humans secretly living in plain sight.