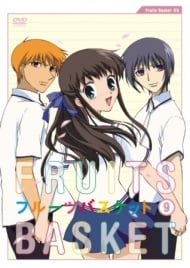 Tohru Honda is a compassionate girl who is down on her luck. Her mother having recently died, she has been forced to camp out in the woods for shelter. However, things start to turn around once she is invited to live with class hunk Yuki Sohma and his family... but all is not as it seems! Yuki's family is burdened with a dark curse which causes them to turn into the animals of the Chinese zodiac once hugged by a member of the opposite sex... and Honda may be the only one who can help them.

Synopsis After living in a tent on private property for over two weeks, Sixteen-year-old orphan Tohru Honda is hired to work as a maid at the home of her fellow classmate, Yuki Sohma, and his older cousin Shigure. This singular event causes Tohru to stumble across the veiled situation of her newfound employers; these two men and certain other members of the Sohma family are the embodiments of an age old curse; whenever they are embraced by a member of the opposite sex, they transform into one of the animals of the Chinese zodiac. Now Tohru must learn to accept their customs, and to always honor the Sohma's code of secrecy, otherwise her most treasured memories could be lost forever. Story (8/10) Fruits Basket is a character driven anime targeted at a mainly female audience. As such, it consists of exaggerated interactions, little-to-no direct fan service, and an abundance of handsome male characters. One might even go so far as to attach the dangerous tag “male harem” to Fruits Basket, while in reality the romantic and sexual references presented throughout the plot remain innocent and entirely suitable for even a young audience. Of course, there are moments when the unsuspecting Tohru Honda stumbles, is pushed or just plain trips into the arms of one of the male protagonists, and then appears that memorable puff of smoke, as well as a short few frames of a chibified zodiac animal. The plot is fairly straightforward, but that doesn’t necessarily mean that it is predictable. On the contrary, one may have the ability to forecast twists and devices, but the small events that lead up to these conclusions still remain a mystery throughout. In regards to short stories like Fruits Basket, I myself tend to prefer such palatable simplicity. By that, I mean that it isn’t too complicated or too exaggerated for its own good. Unlike series like True Tears or Angelic Layer, Fruits Basket is a rare breed of Shojo that tries, and succeeds with flying colours to not take itself too seriously. Stories with such a caliber are much more attractive in my opinion, because they are liable to bestow a feeling of comfort upon viewers that cannot possibly be achieved by a wholly original and inflated plotline. Animation (8/10) Fruits Basket’s animation is very pretty, especially considering the fact that it is basically a series of still frames and detailed facial expressions. Movement, when it does occur, is fluid and believable, leaving much room for the character designs that Fruits Basket flourishes upon. With enormous, colourful eyes, and a specified code of dress for each character, physical traits offer much in terms of highlights to the overall animation. CGI is very well introduced as well; utilized for water and the puffs of smoke that surround the zodiac members when they transform. It is not used without good reason like it is in series such as Trinity Blood. Sound (7/10) Fruits Basket’s background music is composed of various slow piano, flute and violin tunes. They definitely heighten the viewing experience, but don’t offer much in terms of listening outside of the series. The opening song, For Fruits Basket, was in one word, disturbing. Comprised of basically still-frame shots of each of the characters in a symbolic situation, it manages to reflect their individuality by featuring images of their lifelong anguish. The dubs of both languages were well done too, and I have next to no objections with the voices chosen in the English dub by Funimation. Laura Bailey, who also starred in Yu-Yu Hakusho as Keiko, voices Tohru Honda. Her vocals time very well with Tohru’s personality, just as the remainder of the cast’s voices suit their characters. Characters (9.5/10) Fruits Basket supports a vast and highly diverse cast of characters. Incorporating the main and side protagonists, my personal favorites include Kyo, Shigure and Hana. Every single character was beautifully developed, and reflected how much effort the author of the series must have put in. One character that is unintentionally put beneath the spotlight is Akito Sohma, the head of the Sohma household. In the anime, there are no doubts in regards to the fact that he is a man. In original manga however, it is revealed that he is truly a woman. This detail places the series in a difficult position; one that would have been impossible to recover from had the anime continued further. Otherwise, this section of the review is actually rather difficult to write, because I am having trouble coming up with definitive character faults presented in Fruits Basket. I suppose I could comment on their somewhat sexualized interpersonal reactions, but considering what they manage to dish out to the series, I’d really just be rambling. Overall (8.1) Fruits Basket is an amazing Shojo anime no matter which angle you examine it from. With a well-developed plot, fair animation and music, and stunning characters, few imperfections make themselves obvious. I consider Fruits Basket to be the Naruto of Shojo anime, simply due to the fact that there is no other series in existence that presents such remarkable character development other then Masashi Kishimoto’s masterpiece. As such, I conclude by review of Natsuki Takaya’s, Fruits Basket.

PROPER MINDSET Fruits Basket is a shojo romance with low fantasy elements that does a somewhat better job then the average of its brood out there. But beyond that, it still leaves a lot to be desired, since i twas animated by that piece of shit Studio DEEN which almost always messed up whatever show it grabs for adaptation. SCRIPT The premise is about a family of cursed people; each one of them transforms into animals if gets hugged by a member of the opposite genre. The plot is basically about every member of the family being an emo at first because of the curse, and the lead girl doing cheery things to make them all feel happy. The plot is very weak, as it is there only as an excuse for Tohru, the shojo lead TM, to be placed in situations where she needs to keep the secret of the curse hidden from other people, as well as gaining the support of the Sohma family while slowly making them open their feelings to others. It is mostly comedy and drama but doesn’t really lead anywhere, since the curse remains impossible to be lifted and progress is limited to making people happier with her super positive attitude. I can’t say the story is basically its characters either, as most segments are disjoined from one another and to the most part feel as stand alone arcs. Since the manga was back then still on-going, the anime went for an anime original ending that seems to be rather out of place. Dark and violent, aiming to leave you with good last impressions. I wasn’t thrilled with anything going on in it, as it was all basically a light hearted fantasy romance with overblown dramatization and a completely irrelevant ending. CAST The lead character is the most archetypical shojo lead you can think of. Orphan, kind, always cheery, naive, frail, does her best to do right, and has eyes half her head. The rest of the cast begins in the most stereotypical way possible; with the usual line-up of bishonens, gays, genki kids, tragic men, tsunderes… and yes, Tohru herself. The thing is, everybody gets his spot in the story and thanks to a long line of flashbacks and the shojo lead TM snooping around where she shouldn’t, all of them are given some depth. Also, again because of Tohru’s constant meddling and persistent optimism, all of them begin as closed minded, angry, scared individuals and end up being far more open and happier. That in effect counts as character development; even if it’s silly and overblown. But there is no full catharsis, because the curse is still there and the anime is not adapting the whole story.In all, there is a great variety of characters and despite their stereotypes, the interaction and opening up offer good impressions about them. PRODUCTION VALUES The production values do not excel in details or colouring but they are effective for this type of show. Although human and animal figures are drawn rather simplistic and there is a lot of deformity during comedy, the easy going nature of the story almost makes that unimportant. The soundtrack has a few good pieces, and voice acting is decent. Keep in mind that there is a lot of nudity because when the Sohmas transform, their clothes do not. That leaves them naked when they turn back to humans and in need to hide from other people until they dress once more. Although this is done for comedy purposes, it still counts as spicy fan service for fujoshis, since most characters are typically drawn to be handsome and sexy. LEGACY For a shojo anime, it will be very entertaining if you like the character interactions, and very good in overall amongst anime made by DEEN. The story is otherwise very simple and I never quite understood how these cursed people ever manage to have babies if they can’t even hug another person. I also didn’t like how the curse was used as nothing but a monolith plot devise with no possible salvation in sight. The same premise was for example used in Ranma ½ and over there the objective was to get rid of the curse. In Fruits Basket nobody does something about it for centuries. It’s not a great show but a cute enough time sinker. And now for some excused scorings. ART SECTION: 5/10 General Artwork 1/2 (generic) Character Figures 1/2 (generic) Backgrounds 1/2 (basic) Animation 1/2 (basic) Visual Effects 1/2 (basic) SOUND SECTION: 6/10 Voice Acting 3/5 (corny but fitting with the feeling of the series) Music Themes 3/5 (not great but fitting with the feeling of the series) STORY SECTION: 3/10 Premise 1/2 (simple) Pacing 1/2 (slow but manage-able) Complexity 1/2 (not much) Plausibility 0/2 (none; the curse is retarded) Conclusion 0/2 (overblown and out of place) CHARACTER SECTION: 6/10 Presence 2/2 (everyone is a bold stereotype) Personality 1/2 (simple) Backdrop 1/2 (generic and simplistic but it’s there) Development 1/2 (overblown but it’s there) Catharsis 1/2 (overblown but it’s there) VALUE SECTION: 3/10 Historical Value 0/3 (none) Rewatchability 1/3 (low because of too little plot) Memorability 2/4 (the animal transformations make it stand out from other shojo, but it’s otherwise still a typical shojo) ENJOYMENT SECTION: 2/10 Art 0/1 (looks typical) Sound 0/2 (sounds meh) Story 0/3 (barely matters) Characters 2/4 (cute shojo stereotypes with animal theme decoration) VERDICT: 4/10 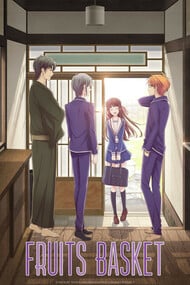 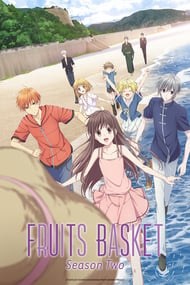 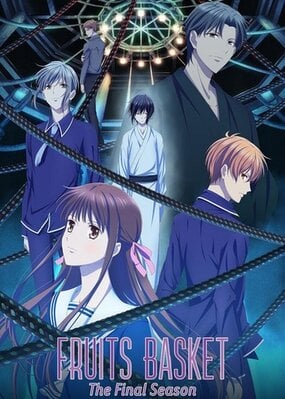 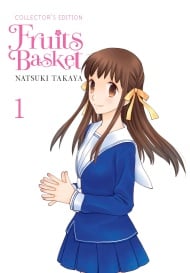 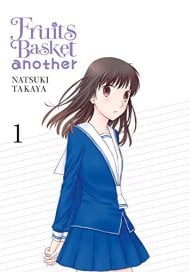 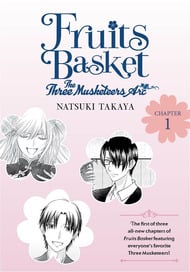