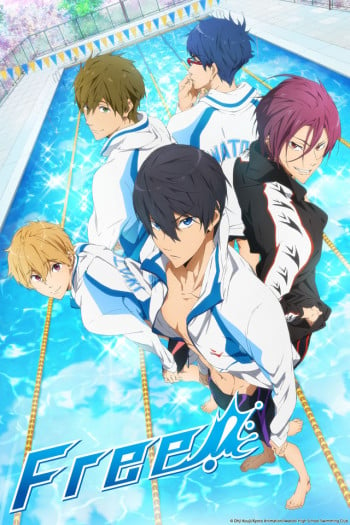 As prefecturals draw near, Haruka and the other swim club members continue to improve. Meanwhile, Rin reveals his motivations for swimming. The swimmers must now show what they have accomplished at the tournament.

Each of these shows follow a group of dedicated high school boys as they compete in competitions relating to their chosen sport. The characters are fairly similar, with an intense rivalries prevalent in each. Exaggerated action shots are a common sight in each show as well. Both shows are fairly similar, so it stands to reason that fans of one are likely to enjoy the other, but due to the nature of Free!'s fanservice it may turn a lot of people off before they give it a fair chance. 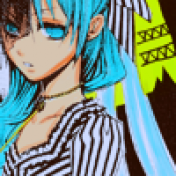 when i first read the synopsis of Free! it instantlly reminded me of KnB. sports? tournaments? friendship? bishie boys? HECK YEAH. watching the first episode of free! definitely confirmed my suspicions that this anime would have the same themes of KnB. 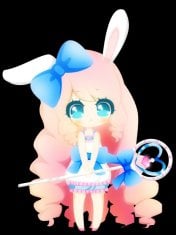 Both plots have boys who aspire to be a professional at the sport they love and try their hardest with their teammates...Though they are around different sports the plot is alike and it gives us a thrill of suspension as we gaze upon the episodes!

Have an enjoyable time with anime and manga too! XD

I personally love Kuroko's Basketball and one of my new favorites Free!