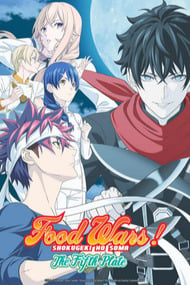 The Missing Half of the Moon

The Taste of Failure

Ah, where to begin. I'll preface this by saying this isn't me whining and "complaining" that this show isn't what I wanted it to be, but more so an honest heartfelt review from a huge fan of Sokugeki no Souma. This fifth and final installment, should not exist. It hurts to say this, since I've adored Food Wars! for being an amazing shounen with a rich cast of characters, mouthwatering art and animation and a story that, while silly on the outside, becomes so lovable and fun to watch. This show lacks all of those things. Saying The Fifth Plate "pales in comparison" to the other 4 fantastic seasons doesn't even do them justice, and I'll explain why. I can see why some people don't like Food Wars! It's a silly, ridiculous story about a talented young chef who enters a prestigious culinary high school where students often engage in "food wars" with ridiculous stakes on the line. The school constantly puts its students through various tests and challenges to expel those who can't make the cut. Eventually, the school's director gets overthrown by his student council, and a new director is appointed that wants to take away the fun out of cooking. Every single detail of what happens in Food Wars sounds so bizarre, but it has the proper pacing and episode count to make it enjoyable. Even though these are extremely dumb plot points to say out loud, watching them happen in the show can get you on the edge of your seat just because you've invested so much into truly growing with these characters as they learn the reasons why they cook, and how to get better at it. Every obstacle in the way of the characters have weight behind them, thanks to exciting and wide list of characters who each carry significance with them, thanks to the enjoyable story and pacing, and thanks to all the small details from the music and the gorgeous food, it all comes to life. Food Wars! Season 5 does not have any of this. The story has no weight behind it at all. That's made clear the first few episodes when we are introduced to "evil underground chefs" called Noir who cook for criminals, or something. Our heroes must stop them, but why? Beats me, I don't know. Speaking of "our heroes," all of them—and I mean each and every one of them—was stripped of all originality, depth, and substance. They were left with only the anime tropes that differentiated them, and beyond that, the characters you see in the show seem entirely different than the ones you've grown to know. To mask their hollowness, the show tries (and fails) to use comedy and these chibi faces that are used way more than they should be. All of the bonds forged through sweat and tears between these characters goes away. The story also just introduces ridiculous plot point after plot point, which is a lot to say for a Food Wars season. Examples would be like the lady who baked a cake with a chainsaw, or all of the new variations of "The Nakiri Giifting" that all seem to top each other each in how many clothes they can make disappear each time a new delicious food item is made. Everything is predictable and there's no real tension or reason why you should care about anything that happens and anyone things happen to. It hurts to watch because it's no longer out of enjoyment, but out of oblgation. The silliness that made Food Wars! so popular may still be "present," but it's beyond unrecognizable with how insanely illogical these cooking powers are. All of the characters are bland boring bitches of the characters they once were, and now we're just left with angry chibi faces and a really bad story that only lasts for 13 episodes. I'm not arguing that there should have been more, but so much of the story had to be explained within the last episode. For no reason, certain events that were never explained and that you could have honestly forgotten about were brought up in the last 8 minutes. There's no reason for me to care about anything that happens in this season. Season 4 had such a beautiful and touching ending in my opinion. Some people may have dislked it, but it ended the Food Wars franchise really well. Really well. So much so, that I almost refused to start the 5th season. I should have listened to my instincts. Anyone interested in Food Wars! should really stay from this. It'll leave you with an extremely bitter and sour taste of nothings. It hurts to end something I love so much, but without the Food Wars! title and all the ecchi fanservice, this show would go nowhere. Stay away from this if you truly love yourself.

The story of a Young boy, going to an elite cooking school to become a great chef like his father, has now become the story of a Young boy fighting, the equivalent of Team Rocket but Cooks, in the EVIL (OOOOOOO spooky) GROUP OF UNDERGROUND CHEFS, NOIR. Again, the villains of the anime are now CHEF MAFIA. Forget the days of using obsecure French/Italian/etc. techniques in a new way to make a Fantastic Dish. NOW we have people who use Chainsaw as a Whisk, Hammers instead of a Knife, & Explosives for Oven. Shokugeki just pulled a Game of Thrones on us. You end the Anime as a Hero or extend it long enough to become the Villain. Don't even get me started on the shitty IF I WIN A SHOKUGEKI, ERINA HAS TO MARRY ME, Bullshit. Like WTF! Erina is literally the best cook in Totsuki after Season 4, Why is marriage being decided by Soma & Mr. New Villain. Please just read the original synopsis of Food Wars, Food Wars! The story of a young talented cook, Soma, who at an early age started working in his family's diner. When Soma goes to the Elite Cooking Academy Totsuki, he looks down on his fellow schoolmates as they have never been in the field and served customers, like Soma has since an early age. All the Totsuki students have book smarts and Soma has street smarts. But as Soma lives & more importantly cooks with these students, He realizes his knowledge is still lacking and he has ways to go. This is exemplified in Soma's loss to Chef Shinomiya. Soma, now with new respect for the Chef, & fellow students goes on a journey to learn new cooking techniques so that one day he can be the very best like no one (except his father) ever was. Now for Food Wars Season 5 synopsis, Soma after becoming the NUMBER 1 at Totsuki (a position he only kinda earned, Nakiri beat the former no. 1, just saying) is constantly making an ass of himself as he fails to compete with the former no. 1. After all the learning and all the hardships Soma still is not able to live up to the number 1 spot he has acquired. But a Mysterious new group of underground chefs called Akatsuki Noir, has beaten, probably the best chef in the Shokugeki World & Soma's dad, Saiba Joichiro. Soma must now face this new threat and become the number 1 chef in the world??? Soma is not living up to the title of no. 1 at Totsuki & now the series wants him to defeat the man who defeated his Father, again someone who was heavily implied to be number 1. This review is so critical not because the season itself is terrible, far from it. If you like Food Wars you may still find some enjoyment in this. But when you consider the previous seasons, in comparison this one fails hard. I gave Season 1, a 10/10. After that there is no way can I give Season 5, a 6/10 because by comparision, Season 5 isn't 60% as good as Season 1.

This season was way too rushed. It felt like watching a speedrun. - Almost no scenes preparing the dishes. Always just went from start to finished in a couple of seconds - Side Characters were reduced to their characteristic trope, anything besides that was nonexistant - No emotional build-ups. Like stuff was only explained in hindsight with 1 or 2 sentences. I was repetedly at a loss why a character acted a certain way since nothing was explained / even hinted at - "Villain" Characters lack depth. Main Villain got a 4 minute backstory, which should have been a complete episode on its own to provide depth and establishing the character. Side Villains were there and had a cooking trope. That's it. Nothing more. - Sound & Animation were good like in the previous seasons All these points would have been easily fixed if the season was 25 episodes long instead of 13. I would have loved to give this final season a good score, but as it turned out giving it a 6/10 is already generous. On a final side note: reading through other reviews, there seems to be "hate" for this season. I cannot find any hate in the reviews on AP for this season, just let down people criticising weak points of the show in a calm & logic manner. Therefore the only hate is the people hating on honest reviews :) 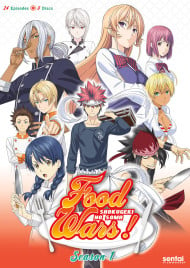 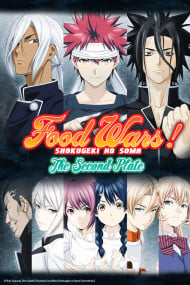 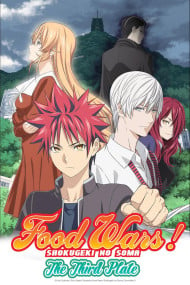 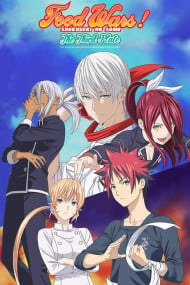 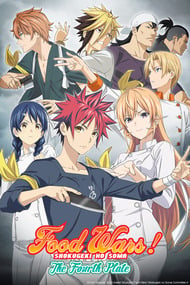 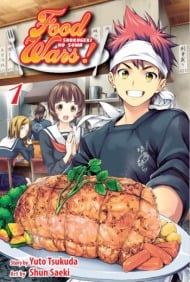