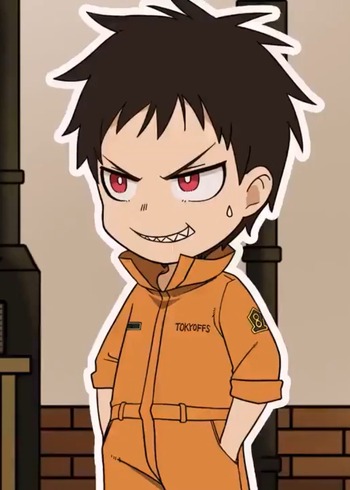 An official gag comic for the TV anime, "KIZNAIVER" appears! In this gag comic, all of the "KIZNAIVER" characters have turned mini, and live out unbelievable days in Sugomori City. You get to enjoy a slightly different story from the original.

Another version of the story of the Inspectors and Enforcers from Psycho-Pass, but this time in chibi style! All of the main characters are now in chibi form, and are attending a "Psycho-Pass Academy," which is basically a chibi-fied version of the scenario of the original series. New student Tsunemori and her classmates will use their Dominators to keep their school's peace!