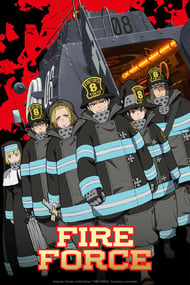 Tokyo is burning, and citizens are mysteriously suffering from spontaneous human combustion throughout the city! Responsible for snuffing out this inferno is the Fire Force, and Shinra is ready to join their fight. Now, as part of Company 8, he’ll use his devil’s footprints to help keep the city from turning to ash! But his past and a burning secret behind the scenes could set everything ablaze.

The Heart of a Fire Soldier

The Hero and the Princess

The Spark of Promise

The Investigation of the 1st Commences

Eve of Hostilities in Asakusa

I’m extremely critical of anime no matter the genre, but this one needs a bit more critiquing than some others. I haven’t caught up to all the episodes, but I’m planning on watching the entire anime to solidify my review.  My first impression was that this was gonna be an amazing anime. It started off strong with Shinra being introduced, but almost immediately lost my interest at the damsel-in-distress with the sister. I continued with it, and I like the character dynamics so far, but they aren’t being introduced well if at all. The plot jumps from one thing to the next, explaining Shinra’s background, to the Infernals, to the Rookie Games. The concept is amazing; I genuinely like the idea of Infernals, and Shinra’s devil’s foot. However, the pacing is too quick and all over the place. Not to mention the excessive fan service and degradation of women (though that’s to be expected in anime). This anime could be SO much better if the pacing were slower and the characters actually had more personality.  Overall, Fire Force is not an anime I hate or heavily dislike but doesn’t suit my taste. I was hoping for more action and well thought out fight scenes, but instead I got two second fights and no explanation or too much explanation. This is definitely a “beginner” type anime. The animation is amazing, and I love the art style, but the story line could use some work.

It may sound a bit cliche, or not very interesting, but it is definitely worth your time! Don’t let the fact that it’s about some sort of firefighters bore you away from watching this! Most people when they search up a new action/shounen anime to watch, they just want to see some amazing fights with powerful characters, but Fire Force is not like most anime, in fact, it’s actually more unique than you’d think! Although the animation and fight scenes do look incredible, you learn alongside the characters that these fights have a very important meaning, and only maniacs would want to see others suffering. Which is why I felt so bad after the first few episodes, because I honestly just wanted to see a fight.  In the world of Fire Force, a supernatural phenomenon occurs  every now and then, where a human being gets engulfed in flames and goes berserk, also known as an Infernal. And the only way to save them from the agony and horror of those flames is by killing them, which is where the Special Fire Force comes in! The Fire Force is a group of people in charge of putting these Infernals to rest, before they cause any heavy damage and put the lives of others at risk as well as to free them from the agonising pain of the flames. The show’s protagonist, Shinra, wants to join the Fire Force and become a hero, and it’s not for fame, money or fun, he does it because he cherishes human life above all else, ever since he lost people that were very important to him. He gets branded as a “demon” for smiling when his family died as a child, but all the muscles in his face tense up when he gets nervous, making him smile. Later on in the show you meet many likeable and dislikable characters, from cute and adorable characters, to idiotic yet hilarious and finally to psychopaths that do not care about other people’s lives, including children. However, these characters don’t suddenly pop-up infront of you and then you’re expected to remembered all their names. It gives you time to get used to their faces, voices and personalities! Which may I add, are pretty lovable! The animation is absolute gorgeous, and the music is just magnificent! The first opening and ending will forever be in my favourites playlist, I never once skipped either of them and I advice you to not skip them either. But the thing that hit me the hardest, was the meaning behind all of it. People become easily manipulated and influenced by others around them, and they forget about themselves. Life is something precious that should be cherished at all costs, and it doesn’t matter if you are religious or not, why should we confront each other for our different views and believes? Why are the strong exploiting the weak just for their own gains? Did humans really forget how to be human? Did humanity lose all their sense of love, respect and family? It tackles down these points, and I believe it does it very well, specially the religious part. Just because someone believes in a God, that doesn’t mean they are greater than everyone who doesn’t believe in the same God. Just because someone doesn’t believe in a God, that doesn’t mean that those who do believe in a God are out of their minds and lost all their senses. It’s very rare to see themes about religion, since the world is filled with many religions and atheism believes, but that doesn’t mean we can just ignore the differences between us, but we shouldn’t point them out and cause conflict because of it either. I’m really sorry if this was too long for a review, but I just wanted to say exactly how I felt about this show, since many reviews I’ve seen are rather negative, and it’s not everyday you see likeminded positive people... But yeah! That’s my first ever review, I hope I did well! I apologise if this sounded like a biased or too positive review, but I like to speak what I feel is right and what deserves to be said, besides I love to stay positive! Thank you so much for taking your time to read this review! 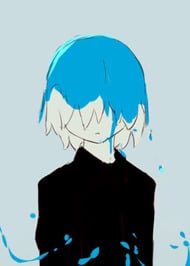 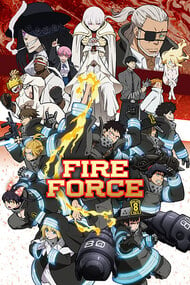 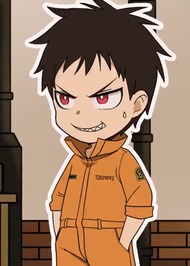 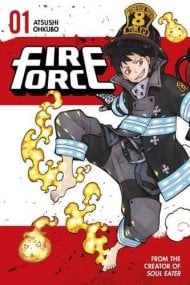 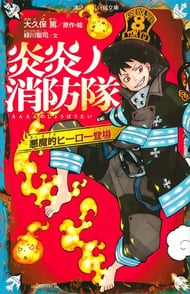