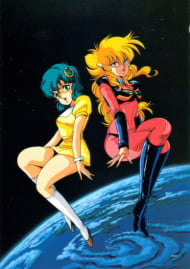 NOTICE: This review includes all three installments of the Iczer franchise. Too unimportant too have three different ones for the same premise. Iczer was quite an experience when it came out as it combined seemingly un-combinable genres, such as magical girls, fighting shounen, mecha action, and tragedy all at once. The result was not exactly great but it did stand out. Its follow ups though were hardly special or remotely interesting, since instead of trying to evolve the idea further, they went for completely stereotypical formulas, effectively killing the franchise with their notion of appealing to the masses with more mainstream looks. Meaning, it gets worse with each new instalment. The production values are nothing out of the ordinary. They are of ok level for the time they came out but their structure is commonplace to most science fiction series. There are though many spicy scenes in it to make it attractive and depressing, such as lesbians, nudity, depravity, meaningless deaths and the sort. There is way too much grim atmosphere and no sight of a good ending, plus lots of fights with super chicks and giant robots in between. Basically, lots of emoness and fan service. And seriously, if you can’t stand depressing stories, Iczer 1 is not for you, don’t ruin your nirvana just to watch some nude/mass destruction scenes. The other two installments by the way are far less grim but they mean nothing without watching this one first. The story is clichéd as hell. Alien invaders want to destroy Earth and a super powerful space girl comes to the rescue. But to hell with the scenario; Iczer 1 is about sex, violence and death. There are characters who have goals, like world domination, avenging the death of a loved one and protecting your family, but who gives a damn? There is no real character development and all of them have stereotypical personalities. It’s the chick fights and the mass-destructions that you’re really going to like.The sequel, Bouken! Iczer 3, aimed at younger ages and removed most of the tragedy and the sexuality. The result was that of a more appealing and mainstream series but also of a clichéd story that most anime fans are fed up with. And although it is supposed to be a direct sequel, no real explanations are given about how Earth fully recovered from the first invasion or why all humans don’t even seem to remember those events. Has Iczer-1 used her powers to revitalize Earth and making everyone forget the tragedy, thus only a few years have passed since the first invasion? Or perhaps millions of years passed and history repeats itself? These holes make the scenario even worse than it already is. Plus, the main character is not Iczer-1 anymore. It’s her little sister Iczer-3 (Iczer-2 was a bad guy and never got any leading role). The change of main character from a sexy woman to a giggly girl makes the story seem even more childish. And there are no lesbo relationships anymore! How can you like a series that has removed all its depravity that made it good? Gah!The story in Iczelion has no ties with the previous two Iczer series. It’s more of a remake or alternative setting. This makes things even worse, since it lost a story continuity that could increase its value. Sen-shoujo Iczelion aims at even younger ages and specifically only girls. So, it removed even the mecha action and the brutal fights. What are we left with? Lame, boring, one of the same Mahou Shoujo. The producers must have had a death wish, or something.Plus, the main character is not longer one of the Iczers. Previously, Iczers were powerful space heroines that fought evil throughout the universe. Here, they are undermined as cute little robots that need a female human host in order to work. This is so reminiscent of most Mahou Shoujo series that the story almost begs you to ignore it. And no signs of depravity that made previous installments a bit interesting, so there is absolutely nothing to be interested about. Also, the series only lasts for two episodes and ends without a conclusion. The project must have canceled because of too much dullness. Which is a good thing, in this case. The characters start from bad and move to terrible. Iczer 1 had at least a lot of gore to make the main heroines look somewhat interesting. Iczer 3 was about a silly loli and her evil counterpart, while Iczelion was a bunch of stereotypical magic girls. How can there be character development in only two episodes? You hardly get to see them. Synopsis: The action scenes are decent in Iczer 1. There are nude/yuri/sentimental scenes to keep you interested in between. I have seen a lot better elsewhere but its genre-mixing simply makes the whole deal worthy. Iczer 3 had some decent action scenes and a few sentimental ones that I found interesting. But it simply lacks the raw emotion of the first and if you try to watch this series as a stand alone, you will generally find it boring. As for Iczelion… After seeing the previous two installments and a hundred Mahou Shoujo series with MORE than two episodes, I can say with certain that this entry had no reason for existing. 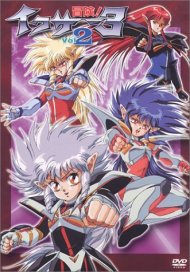 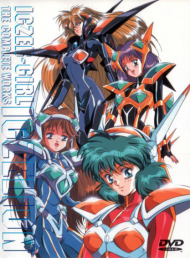 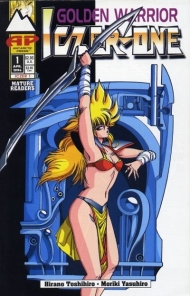