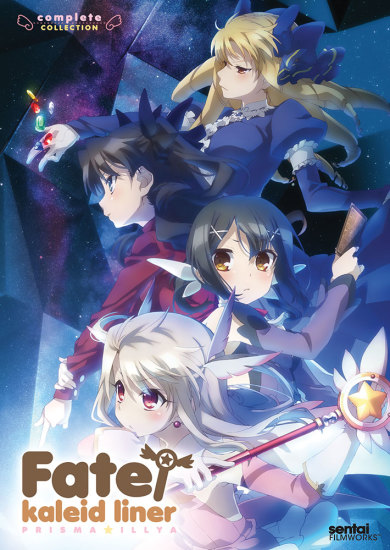 Illya gets dragged into becoming magical girl, but she decides what's done is done and tries to be positve as she practices her magic. However, her practice was all just Ruby teasing her. And so, Illya is forced to handle her first mission without knowing how to use any magic...

There are two options?

A Blank, and the End of Night…

I'm Going to Be a Normal Girl Again!

Both are magical girl shows with actually dangerous villains, bringing in a horror element to the mix. However, both still contain the message of the importance of friendship that is a staple of the genre. Puella Magi Madoka Magica is darker with more sci-fi elements, but if you like one you should stand to check out the other.

They both have similar concepts, Although I preferred fate/kalied over madoka magica, madoka is more darker While fate has its dark elements it's more lighter and has more comedy to it.

Both are magical girl shows with more classical mages and fantasy themes in the background, as well as the gathering and usage of magical cards. If you liked the more comedic, classical aspects of Fate/Kaleid Liner Prisma Illya you will enjoy Cardcaptor Sakura.