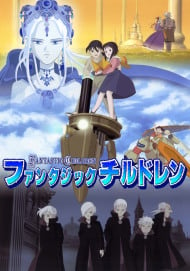 StoryIf the writer for this series didn’t watch Wolf Rilla’s Village of the Damned the night before scripting this conceptually hackneyed mess, I’ll eat my hat. With a similar science fiction concept of white-haired children born around the same time and wearing staring-at-you-funny expressions, a viewer of both might be forgiven for thinking one the younger but incompetent rip-off of the other. Fantastic Children’s flaws might not be immediately obvious as it establishes a gripping set of circumstances in the beginning. The atmosphere during the opening episodes is disturbingly potent, the music hauntingly beautiful, and the white-haired Béfort Children (tragic runaways searching for a mythical place of freedom) will likely set teeth on edge with their penetrating glances into the camera. From the fifth episode, however, the plot deteriorates into an odd mix of general triteness and sporadic profundity.   Firstly, Fantastic Children meanders towards its conclusion, making perfunctory pit stops at numerous themes that barely hang together: science v ethics, doomed star-crossed lovers, the afterlife, reincarnation, a detective mystery, off-world political intrigue, and… mecha? Preferably, the focus should have remained on the Béfort Children’s sense of alienation and the tragedy of their search as this provides the most powerful suspense. As things stand, the story overloads on themes and switches focus halfway with inane results. Related to this problem is the show’s hesitant pace. It devotes much time to setting the scene, although this comes in the form of allusions and vague snapshots of the bigger picture instead of thorough explanations. Indeed, faced with randomly appearing shadow monsters and nebulous dialogue, viewers will spend several hours intrigued but also confused and frustrated. Eventually, the series decides it’s had enough dragging the audience along and begins to rush through conclusions, each cornier and more juvenile than the one before. Flashbacks and haphazard leaps in real time are the main tools for this, which not only hamper the narrative’s flow, but also exacerbate the jumbled feel of the content. With that said, Fantastic Children evidently means well – its stunning opening episodes promise a lot, and once or twice (for instance, with the romantic tragedy subplot in the latter half) the conflicts hit the right emotional buttons. The series simply lacks the elegance of other, more successful sci-fi mysteries to remain consistently enjoyable.AnimationBoasting one or two inventive fantasy battle sequences, this show could have been Now and Then, Here and There’s quirkier spiritual successor. Washing everything from the backgrounds to the clothes in dull greys, the colour palette has roughly the same solemnising effect as rain at a funeral. Conversely, the characters look basic and are drawn with similar attention to detail as the cast of Digimon. Unfortunately, the weak plot undermines Fantastic Children’s attempt to make a visual impact by contrasting cute character designs with dark tragedy; the combination is something that looks acceptably World Masterpiece Theatre-ish but feels increasingly flat and uninteresting as the narrative worsens.SoundIn its own delicate, haunting way, Fantastic Children joins the ranks of anime with exceptional soundtracks. Ghost in the Shell: Stand Alone Complex, Escaflowne, Cowboy Bebop – if the anime market were purely a soundtrack contest, Fantastic Children could stand beside these greats as an equal. The ending theme in particular stokes the emotions with sweet flutes and fluttering vocals, providing an outstanding melancholic conclusion to every episode. In between, there will be moody piano music, playful character themes, and discordant synthesised sounds. Occasionally, Fantastic Children also enhances its natural sounds to excellent effect. In the second episode, following a chase through an underground waterway, one drop of water falling into the pool below brings the tension to an excellent climax.CharactersThe series spends a long time chronicling its characters’ backgrounds – generally, they have a history of foolish decisions and desperate acts – but for all that effort, it fails remarkably to make them involving. In regards to the Béfort Children, their initial fascination stems from one thing: clearly they are not human, but clearly they suffer like humans do. Despite their uncanny abilities, they are still children lost in a vast and hostile world and needing the love and familiarity of a good home. On top of this, they grapple with some tough choices and an agonising secret, all in the desperate search for something that is impossibly distant. Once you get the general gist of the characters, however, any further explanations seem superfluous. Most of them never develop beyond caricature. Despite being the most important individual, the orphan girl Helga – sad, sorry little Helga – will also stretch viewers’ patience with her chronic haplessness. Spending entire episodes detailing her past thus becomes a tedious and repetitive exercise involving misfortunes only memorable for their clichés. Beyond the most superficial pang of sympathy, I felt little else for her. Faced with such lacklustre performances, viewers will most likely settle for Thoma, who, though hardly complex, is still sprightly, outgoing, and fun to watch. Moreover, his role involves one of the more original twists of the show.OverallThe most generous complement I can offer Fantastic Children is that it’s a passable patchwork of well-trodden Western ideas. Poignant tragedy and stupendously moving music get lost amongst corny flashbacks, a lot of silly science, and subplots of utmost banality. Moreover, everything either happens too slowly, with undue attention paid to characters I struggled to like, or the explanations spew forth in a sequence of clichés. Middle of the road, morose, and too often mundane, Fantastic Children delivers sporadic amusement at best.

I personaly loved this anime. the animetion quality is really bad, but the story is beautiful. the soundtrack is lovely and fitting to the series. character development is very solid and left my heart a little sad for all of the characters. a bit tough to understand at first but it catches up quick. the end is no joke too. 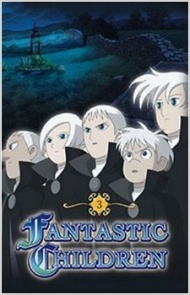