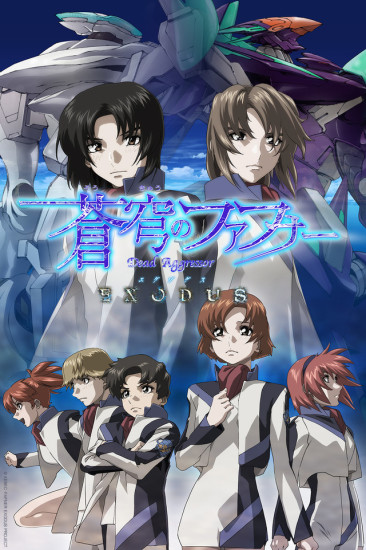 In the future, Earth has become so polluted that humanity is forced to live in enclosed shelters. In Japan, the shelters are divided between the "inside", which caters to the country's lucrative anime industry, and the "outside", where most people work to support the people working on the "inside". S-zawa is one such "outside" worker whose job involves sending messages into space. One day, he's approached by the ailing embodiment of Earth to send a message before she collapses. Shortly after the message is sent, other girls similar to Earth start showing up at S-zawa's workplace in an effort to help Earth, but he has a thing or two to learn about what the planets and their moons are really like.

Strike Witches: Maidens in the Sky

What if World War II had not been a battle between Axis and Allies, but between the human race and mysterious attacking aliens? This is the world of Strike Witches: Maidens in the Sky. The Earth has been invaded by a mysterious alien race known as the "Neuroi." Humanity is on the verge of annihilation and their only hope is a team of flying magical girls--the Strike Witches. Miyafuji Yoshika is a simple farm girl who dreams only of taking over her family's medical clinic. One fateful day, a Strike Witch falls out of the sky and lands right at her feet. Yoshika is a healer and wants nothing to do with warfare or violence, but this chance encounter will change her destiny forever!

Which star shines the brightest in this endless darkness? We begin our dive into space to take hold of this shining star.