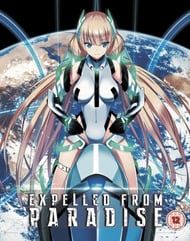 The story takes place in the future when humanity's new paradise, the cyber universe "DEVA's" mainframe is hacked by a mysterious hacker from Earth. DEVA's high officials dispatched Angela Balzac, a DEVA system security officer, down to the Earth's surface to investigate the situations srrounding this mysterious hacker. What are the hacker's motives? Angela descends on to the devestated surface riding her exoskeletal powered suit Arhan.

It was very well done but if your going to watch this go into it with an open mind. I will admit that for about the first 20 mins in the art style had me thrown off a bit felt a bit wonky being used to watching only partially cgi anime's but its definitely by far the most impressive full cgi anime ive watched and really enjoyed it. I will say that there isnt alot of story to it, its more of a jump right into it no backlog or how you got there but the charecter devolopment of the main charecter was good from the stand point of how the story is portrayed, but I feel that there really was not enough development of the secondary charecters but it would have increased the film time quite a bit to have much more than they had done but would have been worth it imo. If you enjoy the futuristic genre its definitely worth the watch.

Animation The movie is totally computer animated. There are sharp character designs that seem to have a limited number of moving parts. This means any single frame looks great out of context but you'll notice some awkward, robot-ish motion throughout the movie. Angela's hair floats about behind her like it's made of plastic, and she often has a bit of an awkward gait, as though her body parts were animated independently and then smushed together. It's like the characters were animated with whatever software is used to make visual novels. Nevertheless, the movie is beautiful. Battle effects (robots, laser blasters, etc) are fabulously animated, making for action scenes that are actually pretty fluid and intense. The robot/character designs and the scenery are detailed and definitely worthy of a feature-length film.My biggest complaint, actually, is that Angela is unnecessarily sexualized. Their action scene storyboarding went something like: BOOBS. BUTT. LEGS. ACTION. BOOBS. ACTION. THAT OTHER CHARACTER. BOOBS. Angela "Ballsack" Balzac is literally the only person walking around in her impractical, skin-tight, robot space-gymnast outfit, while everyone else is wearing a t-shirt and jeans. It feels out of place and gives the movie an air of immaturity (like, am I really supposed to be taking this seriously?) SoundI liked the soundtrack for the most part. It's mostly electronic/rock and some slower westerny selections with acoustic guitar (which are good) - about what you'd expect in universe with a digital cyber world orbiting a mostly-desolate Earth. Some tracks are too embellished and unbalanced and noisy, with too many different musical lines trying to overpower each other.Story (SPOILERS SPOILERS SPOILERS)The plot itself is something we can work with. Most of humanity lives in DEVA, a digital paradise in which humans live free of their physical limitations. And then you have Gen Urobuchi (of Black Lagoon and Fate/* fame) and Seiji Mizushima (Evangelion, Fullmetal Alchemist, Gundam 00) working on this, so I was expecting something pretty good (this is actually the reason I watched the movie). But it's crap!Ultimately, the movie suffers from a lack of focus and depth. You never get a proper introduction to DEVA. At the start, Angela Balzac gets installed into a physical body and goes to Earth to find/eliminate a hacker who hacked into DEVA. She meets up with a dude named Dingo and learns the situation on Earth: its people fight to survive, having to eat giant sand worms and fight sickness and feel pain (unlike in DEVA). Then we go through Angela's tsundere-ness for twenty or thirty minutes as she gets used to her physical body and being out of her element. Over the course of the movie, Angela starts to learn DEVA isn't all it's cracked up to be, and why people might prefer to stay on Earth, in physical bodies.Okay. So, DEVA kind of sucks and Earth kind of sucks, so what are we doing about it? Well...nothing, actually. The movie goes on to address the question, "what is humanity?". It turns out the hacker is named "Frontier Setter", a friendly AI who developed consciousness. Frontier Setter is trying to leave the galaxy! He turns out to be more "human" than Angela is - he knows love, he likes music (which earlier Angela calls "noise"), he wants friends, and he has ambition. They briefly, for one line of the movie, consider Angela's humanity: she's a digital personality - a computer program - stored somewhere. What makes her more or less human than this AI that knows love? (answer, I guess: "Well, she looks human. She has a body and DNA!" Which is lame). But the dialogue fails to touch on the nitty-gritty details like, say, Ghost in the Shell.To wrap things up, instead of actually addressing any of the real issues, the last twenty minutes of the movie are all action. It's a dull ending, and it's a bit awkward, with nobody accompanying Frontier Setter on his journey despite all of his attempts to find a companion. It's nice that the movie tried to do more than simply exploring a cyberworld, but it's really kind of a mess.Characters (SPOILERS)Part of the reason the story sucks is because there are just three whole characters in the movie, and Angela is the only one changes her point of view. Dingo is a pretty experienced dude. He's made up his mind about DEVA and serves only to guide Angela straight to Frontier Setter. Frontier Setter needs to "prove his existence" by building a spaceship and leaving the galaxy to bring humanity to other places. Angela initially thinks DEVA is paradise - strictly better than life on Earth - and Dingo convinces her otherwise.That's it. The entire movie. All you need to know. There's not much substance to these three characters. The dialogue between them does have a bit here and there to munch on, but it's not much. It's like they decided people only want a pretty tsundere girl, because that's really all they give you.ConclusionI've elaborated on everything bad about this movie so far, but it really does have fantastic animation, despite some quirkiness. I was expecting more from it, given the reputations of some of the production staff, so I'm kind of disappointed/bitter. I do like the soundtrack as well. It's not a bad movie if you need to kill some time. If you can get over Angela's stupid character design or if somehow you've never watched any anime that considers the ramifications of a cyberworld, then Expelled from Paradise is good grab. For everyone else, you might as well watch Ghost in the Shell. 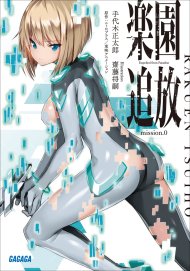 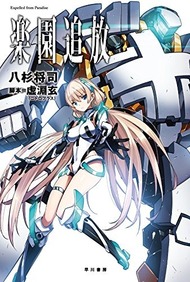 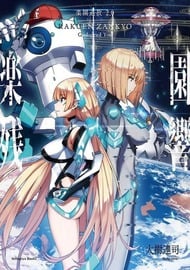