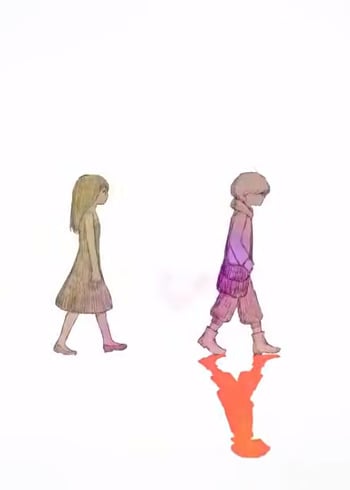 A pair of conjoined siblings prepares for surgery, where they will finally be split into two separate people.

Concerns two siblings, Elisabeth and Paul, who isolate themselves from the world as they grow up, an isolation which is shattered by the stresses of their adolescence.

Orphaned at a young age, two stray cat siblings struggle through life to find their place in this world. Through a series of unfortunate circumstances, each sibling must eventually find their own path.

Toshio’s childhood friend was Sakura, who to say the least, was a rash girl. Then one day, Sakura and her family moved far away, leaving Toshio all by himself. Sakura left Toshio but one thing - a mysterious box. In Toshio’s grief of having his best friend move away, he forgot about the box until the months flew past. Toshio is now a high school student. One day, while rummaging through his room, he happens upon Sakura’s box, but when he opens it, he soon realizes it was no ordinary box!

Marie and her fiancé Woobin live an idyllic life until Woobin dies in a tragic accident. Her life shattered, Marie returns from France to face his family and an unexpected problem. Woobin's young brother Gangbin looks exactly like him. Ashamed, Marie suppresses her longings, but Fate draws them together. The cruel hope of experiencing true love again torments Marie. However, a dark and beautiful celebrity, Cheryun, also has her eye on Gangbin and she'll soon play her hand...