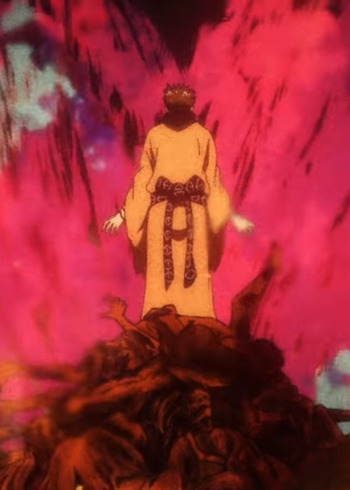 They're both an opening songs for Jujutsu Kaisen .

High schoolers Kisho Arima and Taishi Fura meet while investigating a ghoul's murder of Fura's friend, then work together as members of the CCG.