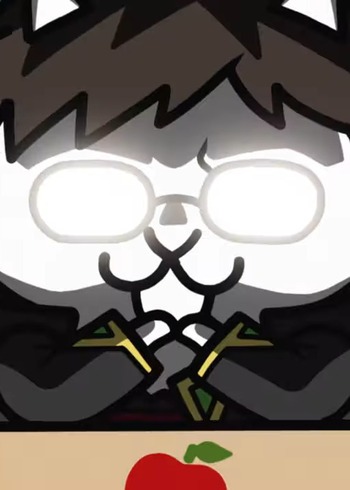 Long, long ago, when all the worlds were still one, there was a place called Daybreak Town. Here, under the leadership of the Foretellers, Keyblade wielders spent their days collecting light for their Unions-and you were no exception, fighting the darkness alongside your pal Chirithy (that's me!). But then, one day, you made an unusual new friend who warned you there was more to this world than met the eye. Meanwhile, conflict was building among the Foretellers and Unions, one that threatened everyone's future-including yours.

Dr. Einstein identified a world-ending phenomenon known as the Vodka Girls. Dr. Tesla has been dispatched to end their cataclysmic spree across the multiverse. Will she succeed?

Kami no Te wo Motsu Futari

Night of the Living Cat

In the near future, a unique disease has swept across the planet: a virus that transforms humans into cats! And the horde is expanding, since if these adorable kitties snuggle with a human, the human is transformed into yet another cat. A small group of cat-loving survivors is trying to escape the madness, but how can you defend yourself against a threat you just want to cuddle and pet?! This wild new take on a post-apocalyptic survival tale will make you roll over and purr with delight!

A short gag "series" that Clamp draws in various magazines. Each involves xxxHOLiC and another CLAMP title.