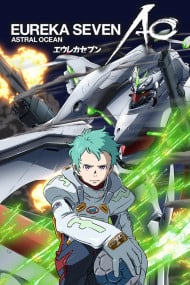 The year is 2025. Earth is engulfed in the crossfire between massive warring alien life forms that leave annihilation in their wake. While searching for clues about his past, Ao is caught in an attack and forced to fly a giant humanoid fighter craft to save himself and his island. Fragments of the teenager’s origin come to light when a hostile shape-shifter seeking revenge on Ao’s missing mother—who vanished two years after his birth—targets him instead. Consumed with learning how his machine of war is connected to his mother and the monster that now pursues him, the young pilot will fly full throttle into combat zones without hesitation.

Spoiler Alert! The show has some story conflictions for the original show, and doesnt seem to explain too much at the begining of the show, and some of the things going on can be confusing at times.  The Ending of the Show is why i rated this show a 3.5 it very dissappointing, becasue he goes along the entire show trying to meet with his mom again, jsut to go and erase his existance from everyones memory using the quartz gun.

OK, this sequel gets way more sh*t from fans than it actually deserves.  I own the series box set and have actually watched it all the way through. I've also watched the original series x2, and the original movie once.  I'm a huge fan of the original franchise AND... ...I don't hate E7AO.  Not even a little.  Is it as good as the original?  No.  But is it as bad as the other reviewers claim?  No.  It does shamelessly steal some visual elements from Neon Genesis Evangelion at a few points, but I can excuse that. It takes awhile for Eureka to show up in the story, and even longer for Renton, but the "family reunion" episode hit me right in the feels and was everything I could've asked for. It has a very different story mechanic, jumping alternate timelines, time travel, and parallel dimensions, so it can be a little hard to follow, but it is very clever and interesting.  I wish that they would've gone somewhere with the three potential romantic interests for Ao, but the ending is wide open and that might yet be in his future. I especially appreciate the English dub, not least because Micah Solusod makes for a very believable descendant of Renton as voiced by Johnny Yong Bosch, something they both joke about in the audio commentary.  It was also nice to hear Stephanie Sheh interviewed for one of the commentaries as well, and very cool to see a very pregnant Eureka at one point in the narrative. Evidently Ao was conceived in the future shown in the original Eureka Seven, but Eureka gave birth to him traveling back into Earth's past on a specific mission. If you happen to get the box set, don't miss the hilariously cute OVA where the two female pilots dress up Ao to look like his mother and tease him mercilessly.  There's even a hilarious Ranma 1/2 visual gag thrown in. Don't let fanboy hate keep you away from giving Eureka Seven AO a try.  It's worth it. 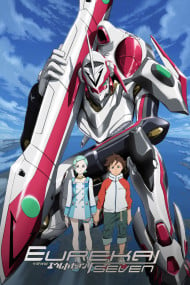 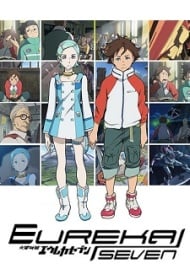 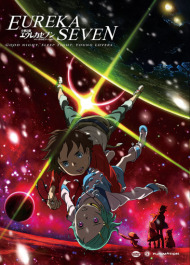 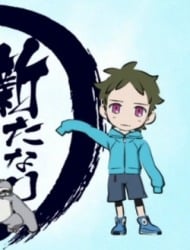 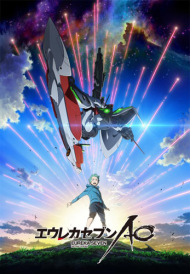 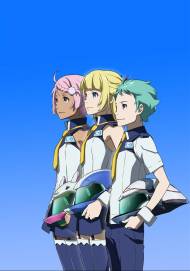 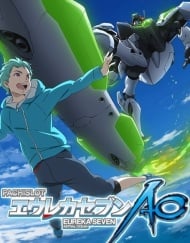 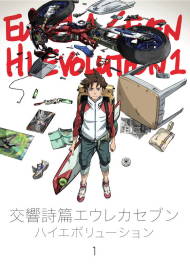 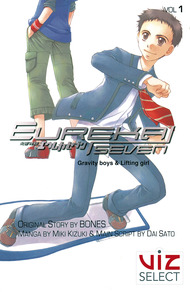 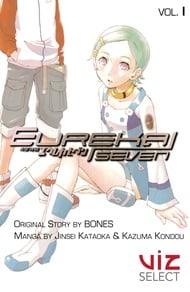 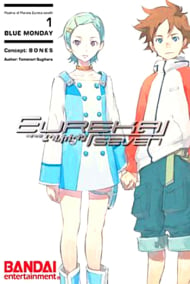 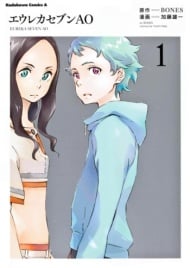 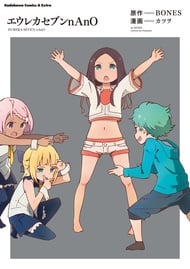