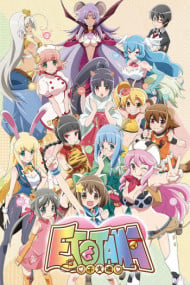 Since ancient times, Japan has upheld the tradition of the 12 Zodiac signs. Eto-musumes (Zodiac girls), who have the appearance and behavior of the animals of the Zodiac, are pure hearted messengers who act as a bridge between humans and the gods. Every 60 years, the “ETM 12” tournament takes place in Tokyo’s Akihabara district, where aspiring girls from all over Japan gather for the chance to become the next zodiac sign.

I gave Etotama a chance and to be honest I want my life back! Story overview: The idea of Etotama was great and a great idea that isn't one that is beaten to death that makes me think I've seen this series before. The reason why I gave it such a bad score and others gave it a high score *at the time I wrote this review* is because it earned a 3 out of 10 in my view. Now before you jump down my throat I don't mind series like this that seems to mostly focus on comedy before a story, one of my favorite anime series doesn't actually have a story. Watch School Rumble no story but the events that happen in the episodes are great, funny, and totally random something Etotama tries but fails at. Etotama's story is about a cat character Nyaa that wants to join the Chinese Zodiac. Why does she want to join, well she can't remember because she has amnesia. All she knows is she has to fight other characters for their seals so once she defeats all 12 she can become a zodiac. Sounds like a good idea right? That's what I thought but the comedy so far just ruins the episode so much I think my sperm count just lowered and my white blood cells turned against me. The comedy is really the same thing with them breaking down the 3rd wall with saying "between episode 1 and 2" as well as fan service every now and then mostly between Nyaa-Tan and Moo-Tan. Another downside to the story is the way Nyaa goes about to get seals. I expected her and the others to fight but so far half way though the series there really hasn't been enough serious fights in the series. I expect her to get more seals for just being herself and more characters to just give her their seals. I was kinda of expecting the series to be bad but not this bad, I was expecting bad along long the lines of .hack//Roots where it had promise but it didn't live up to what I thought, I wasn't expecting it to be horrible like Angel Sanctuary where I'm wondering why am I still watching this??! Animation:The animation is really run of the mill the normal animation nothing actually stands out and watching it in 720p the colors don't actually stand out for the most part as I wished it would have some vivid colors. The animation when they fight is great because it has better color, everything is brighter but even I had to face palm at the design choice of them when they fight. I would rather have them stay the same and not look like a type of anime figure they sell. I would rather they had them fight like they did in Accel World since both series have fights with the use of CGI. Characters:i would rather skip this section but to be honest the characters are just a black hole in the series. Anything that could be enjoyable is just sucked up with no hope of escape. Nyaa is just dumb and worthless. She seems to be weak though she is strong which is different from the "Cat Clan" description we get in one of the early episodes. The other characters I do wonder what is the point of them being in the series? The characters that represent the boar, monkey, dog, cow, chicken, and rabbit could be written out. The boar character she tries to be a comedy character by breaking down the 3rd wall but so far is useless. The dog and monkey are always together but so far 6 episodes out of the 12 episode planned run I can't think of a single thing they have done to warrant any reason for them to be in the series as much as they have. The cow, please kill her and remove her from the series! I'm not a fan of ecchi and her as a perverted character just makes me want to bite the face off of whoever said let's make her a pervert who wants to make this series a shoujo-ai series! I'm not a fan of ecchi but if I know the series is an ecchi series I won't gripe about it since I know about it going into the series. I can watch Queen's Blade, Ikkitousen, and Aki Sora because I know those are going to be ecchi and a hair away from hentai but this series there's no reason for it. Overall 3 out of 10. I gave it half of the run when I normally was going to drop this series in the early stages of episode 2 but said well I don't think it can get any worse. However each episode just makes me want to watch just to try to get in the mind frame of the planning staff and wonder how is it getting worse than the last episode? For those that are enjoying this series what am I missing? I wanted to enjoy the series and after episode 2 I said "Okay I'm just going to throw what I expected out the window and not focus on the negatives" I can't help but talk about the negative factors when the so far 99.9% of the series is campy and seems to be trying to hard. I can enjoy a mindless and storyless series which I know this has a story but I just can't enjoy this series. So don't bother pointing out that I'm expecting too much out of this series because I have been enjoying Gunslinger Stratos even though I know the story is bad same with selector infected WIXOSS horrible story but I found that I can enjoy it. Maybe Etotama just isn't for me!

The first thing I will say that watch more than one episode it will get better, it is just slow at getting started If you don't mind moments where things are getting serious and then it will get 100% to the comedy it will be pretty fun to watch. It does have a little story to tell but it kind of get buried under comedy but if you are fine with it or just want some comedy I think you should watch it. Finally, I would like to answer the question "should you watch it"if you are searching for something more serious don't watch itif you are looking for hilarious comedy watch it. it's only 12 episodesif you are looking for a comedy that also has some sort of idea and meaning while keeping it fun to watch then... WATH ARE YOU WAITING FOR YOU HAVE SOMETHING TO DO AND NOW

Luckily I am not someone who reads reviews before deciding to watch an anime. Had I done that, I would probably not have touched this one. Would I have missed out on something? Surely not on something great, that much I must say, but this one is far from bad. Story Whoever decides to watch this under the assumption that this is an action-packed battle shounen will be let down. This is first and foremost a comedy. If you don't watch it under that assumption, you will have a bad time. The only original thing about the stroy is the pretense: 12 messengers of the gods, represented by the 12 animals of the Chinese zodiac, protect Japan. Once every 60 years the ETM12 is held, an event to determine which representant of the 108 clans is fit to be one of those 12 messengers. And while, with that pretense, you could probably make an actual battle shounen, this is a comedy, so that is as interesting and original as the story gets. That being said, comedy is a matter of taste. The comedy is at times so fast paced and random, that even the characters themselves can't keep up and the battles are about half and half actual battles and seemingly random competitions. To be frank, it's pure chaos. That, combined with casual self-aware 4th wall breaking, is something you need to be able to enjoy if you want to enjoy this series. Because that is as entertaining as it gets content-wise. The story is flat and unoriginal and, of course, at the end everyone just forgives the baddy for being a baddy. And if this wasn't a comedy, this would be a major downer. Story/Content: 7/10 Animation and Sound I am absolutely not a fan of most CG animated characters I have seen. Just a few days ago I dropped a series after 2 minutes of the first episode (Kemono Friends, btw) just because the characters were CG animated and it looked terrible. Accordingly did my mood drop when the first battle started. But as it went on, I was genuinely surprised as to how well the creators pulled the CG animated characters off. I daresay I have not seen CG animations of this level before. If that could become standard, that would be awesome. And while some effects seem over the top, they fit this show perfectly. The only thing that stood out sound-wise was Nya-tan's borderline annoying voice. This was, however, evened out by Uri-tan (desu desu). Animation: 8/10 Sound: 5/10 Characters If there was a "Generic Anime Character"-Award, this show would get it. Overly kind MC that just accepts everyone and everything? Check. Annoyingly loud dumbass? Check. Obligatory pervert? Check. Strict yet kind powerful masters? Check. Know-it-all sidekick? Check. Baddy with a sad past driving her to be a baddy? Check. A bunch of easy-to-forget background-characters with no purpose? Check. Comedy this or that, unimaginative characters are this show's weakness, no matter how much you are into weird over the top comedy. The only somewhat interesting character was Piyo-tan, who forgets whatever she was doing when taking 3 steps. She didn't save the cast, but kept it from being totally terrible. Characters: 3/10 Summary This show is not for everyone. It's probably not even for most. If you are into crazy random comedy and gloryfied ridiculousness or if you just want to try something different, this show will be a nice time killer, but nothing more. If you expect a battle-shounen with comedy elements, look elsewhere. Overall: 6/10 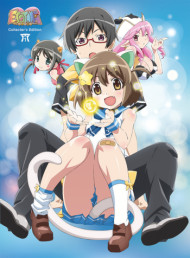 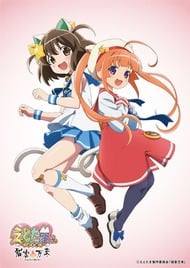 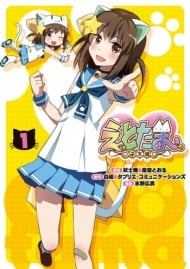 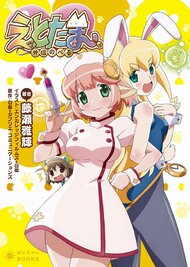