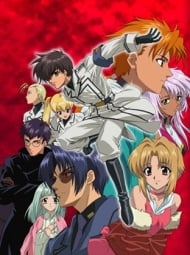 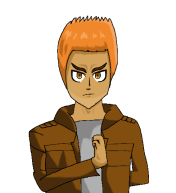 I don't like to hate on anime. I understand that creating something like an anime series takes a lot of love and care from a lot of people. And yet, sometimes, it doesn't pay off and it leaves you wondering "why?" E's Otherwise is, by far, one of the worst anime I've ever sat all the way through. Everything, everyone, is all bland and forgettable. The intro music is bland, the characters are lame, the jokes are few and un-funny... oh yeah. This is a review. I should go into some details. *Ahem* E's Otherwise is VERY derivative, stealing using ideas from Dragon Ball Z, with even less explanation (I'm psychic, that means I can fly, read minds and shoot ki energy balls. What's that? Explanation? I... just can. Because I'm psychic) and stealing using the ending from Matrix Revolutions, ie, vaguely stating "I'm sure he's alive", while also stealing using the motivation from Code Geass, but with less development and, again, less explanation (Shut up, I know E's came three years before Code Geass, stop ruining the joke). Hell, even the main character is called Kai Kudo (Yu-Gi-Oh, anyone?). The show is bad. Granted, I was able to stick with it for long enough to finish, so that already puts it above shows like Gantz, but there is very little to redeem this show. You are better off watching anything else. If you want a good story, or good action, or good humour, or good music, or, hell, anything good, this show is not for you. It's not a 'so bad it's good', it's not even laughably bad, it's just disappointing and leaves you feeling betrayed. 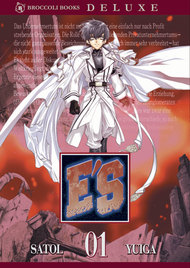