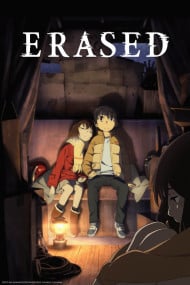 Time travel isn't anything new to anime. We've seen it done again, and again, and again. Sure, some stories really throw a curveball into a mind-blowing plot, while others bite the dust of overused concepts. Every single episode of Erased is a cliff hanger. You want to know what's going to happen next every single time. It isn't your typical "better go back in time and save some friends" story. It really has it's own personal twist on it. The characters are easy to fall for, the main characters especially over the lesser important ones. While there's little relationship between Satoru and the 2 different girls that the viewers would like to ship them with, the story is really heartwarming and mature. There are many different layers to it. When you think you've figured out what will happen next, you're thrown in a completely different direction. The art for the most part is really enjoyable, and the sound is clear. This is a fantastic anime that I'd recommend to anyone looking for a new favorite. I don't see why the reviews are so mixed between low and high, but this definitely gets a 10 on my list. The few nitty gritty details don't knock it down to a 9. 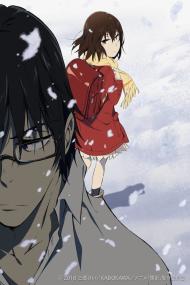 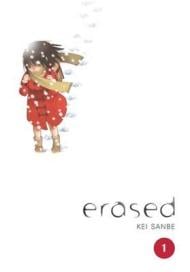 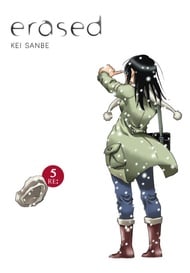