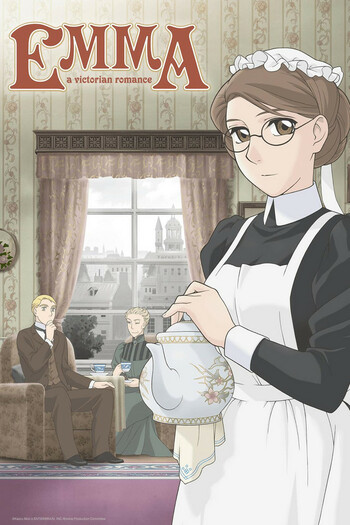 Victorian Romance Emma: Intermission is a very short, brief, and empty summarization of Victorian Romance Emma, season one. There are a few very small amounts of new animation added to this roughly 24 minute presentation, but not enough to make it worth watching. It is practically pointless for anyone who has watched the first season, unless it’s been more than a year since viewing it. If so then a short recap might be all that someone needs before continuing on to the Second Act.

As expected due to its incredibly short length, the Intermission episode’s character development is almost nonexistent. Plus, it is missing an array of characters, which causes it to seriously suffer even more so. The characters are what makes this series a most enjoyable one and you’ll be hard pressed to see any of their true colors and best qualities in Intermission.

As far as technical merits go, the animation is fluent and very soft looking but pleasant to the eyes. There are no “popping” colors but the actual color palette is appropriate for the art style of the series. The sound is nothing spectacular, but it shouldn’t be. The classical music is as expected for the time period and both the opening and closing reiterate the Victorian era setting.

I would only recommend Intermission to those who have not seen or refuse to watch season one of Victorian Romance Emma (for whatever stupid reason). Otherwise, if you’re interested in the series then go watch season one and then jump right into the Second Act. That way you’ll be able to get the full fulfillment from what I believe to be an excellent series.