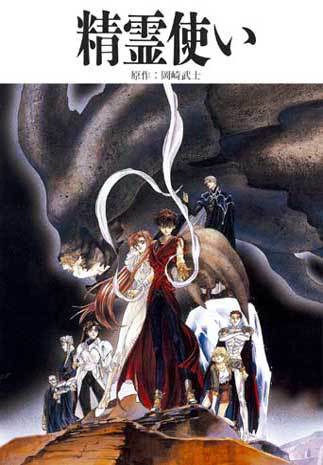 Kagura is a young man who has tragically lost not only his friend, but the woman he loves as well. With only his friend Asami to turn to, Kagura quickly finds his life spinning out of control when he discovers that he is a Spirit User -- one of the Elementalors who command the forces of nature. Now, along with his fellow Elementalors, Kagura must race against the clock to stop Lord Shiki from causing an imbalance in nature by trying to save his long lost daughter, Shiohisa.

StoryOk, seriously... I have NO IDEA how to write this review, as I had almost no idea what the plot was about. The beginning starts off in a relatively normal manner. Young Kagura was in love with a beautiful friend of his, who was married to a different friend. This male friend was killed in a car crash with Kagura, but only Kagura survived, and the blame was placed on him. Unfortunately, the woman was so distraught that she killed herself, and hence, the start of the movie. (Don't worry, all of this is explained within the first 1 minute of the movie, so it isn't really spoiling.) Now, unfortunately, this is about as coherent as it gets, and from here on, it's all down hill. Enter Asami, a female friend? Relative? It isn't really explained. Then, enter the Elementalors, who are definitely from a fantasyish type world (another dimension? Who knows), who enter Kagura's life and make him realize he is an Elementalor as well. Seriously, nothing else makes sense. We are introduced to a ton of people (all of whom look the SAME, I might add, so you have a hard time figuring out who is who), a ton of places and names, and a weak concept that isn't explained fully about Elementalors. Backgrounds aren't explained well (or at all, as far as I'm concerned). All it boils down to is action between characters we don't understand, for a cause we don't understand, and that makes for a VERY low score in my book. Although I haven't seen the X Movie, I know that it is supposed to be an incredibly condensed version of the TV series, thus making not a lot of sense. Thus, it must be a lot like this, but Elementalors is even LESS confusing. It must have tons of chapters of manga or something, else I can't imagine what kind of crack the creators were smoking when they thought this movie would be fulfilling to ANYONE. AnimationThe visuals definitely appeared older, but were decent nonetheless. Scenery and backgrounds were interesting, with castles and sky shots. Character designs looked incredibly generic for that time period, though, and weren't impressive. Special effects were meager at best, including magic things that the characters could do. Light blues were used a great deal, which made the movie feel washed out sometimes. I must say, Kagura had the most FREAKISH set of wings I have ever seen. It appeared that a dozen torpedo shaped air bags had been deflated, and seriously appeared to be made out of cloth with seams and all. At one point, the wing sections shot out at all angles and were ridiculously long, and looked like a blow up toy. Just... weird. SoundAudio used reminded me of a fantasy cartoon made in the states from the 80s, that kind of thing. Very synthy, and uninteresting at best. The majority of the time, no music was used at all. CharactersA ton of characters were introduced, and as mentioned before, NONE of them were explained well. Many names were used, but many characters looked the same, and never really were developed at all. I could never tell who the main characters really were supposed to be, since most people got the same amount of air time, and an equal (as in, almost non existant) amount of explanations. I don't like having a bunch of characters shown to me, only to not understand who almost any of them are. I can't help but give a poor score for that reason. OverallSuch a poor excuse for a movie. Maybe if I had read the manga, I would have thought the movie made any amount of sense. But the way I see it, this was a complete waste of 50 minutes of my life. At the end of that 50 minutes, I still had no idea who anyone was (for the most part), why they were there, or what the hell was going on, and that just isn't ok in my book. TOTAL WASTE OF TIME, period. 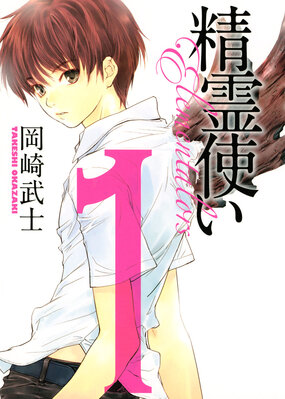