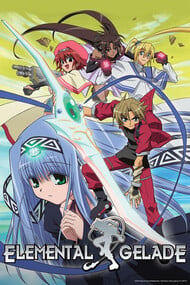 As an orphan whose life is in the hands of space pirates, Coud has had no choice but to survive on bravado alone. He has nothing to live for until he finds Ren entombed amongst the treasures in the pirate ship's hold, and awakens her. In addition to being mysterious and beautiful, Ren can transform into a battle sword to help Coud fight and prove his strength -- but with this strength comes the bitter realization that power alone is not enough. Now, in a race against time, Coud must endure betrayals and fierce battles as he struggles to return Ren to her home, before it's too late...

The Songs of the Sky and Wind

Elemental Gelade of Light and Darkness

The Teardrop From That Day

The Secret of Razfe Ankle

Revenge of the Hunter

PROPER MINDSET For some reason the title of the anime is killed by Engrish. Erementar Gerad actually translates to Elemental Gelade and was left as such in the manga version. Go figure… It is otherwise an almost children’s adventure about a sky pirate protecting a magical girl used as a weapon. So far, so good… of a corny premise. ART The only thing that is worth looking at is the overall setting. Flying fortresses, flying ships, flying islands… It is just for flavor but, hey, it got my approval. All the rest are otherwise typical of the genre and easily skippable. The character figures, although nicely drawn, ain’t memorable. The battles, although nicely made, are full of repeating transformation scenes, bloodless violence and a predictable outcome if you have watched a few standart shonens. All that water down the seriousness of the very central theme of war and racism it is supposed to criticize. An anyway, I went past the age were lolis with machineguns and people turning to flaming swords feel cool anymore. All I can say is that the series looks nice without being anything special and the production values are not of amazing quality to begin with. Plus, people turning into weapons or a world full of pirates are done far better in other anime, such as Soul Eater and One Piece. SOUND The music department has nice tunes and decent voice acting. Still, nothing memorable. A thing that bugged me is the announcer who introduces us to the story in the beginning of the episode. He sounds so dorky, while trying to sound nostalgic or something. I was immediately put off just by that. SCRIPT First impressions are positive as I was seriously hooked (minus the narrator of course). A world of flying airships, sky pirates, people turning into weapons, a war waging on, some issues around racism and a few others themes and elements thrown in to make it feel like like an Jrpg, of which I am quite fond of. Unfortunately, the feeling didn’t last for long, as the plot was quite predictable for the most part and the characters were talking in a very childish way, leading to just scrapping the issues of what the story revolved around. It may feel multi-layered from a distance but down to it is a somewhat generic children’s adventure with a few pseudo-serious matters, always resolved with simple willpower and the power of love and justice, or something childish like that. You could easily sum the whole scenario in just six episodes if you were to remove the unnecessary middle episodes, and head straight for the finale with not much being lost. Most of the duration was wasted in short story arcs, introducing secondary characters that had little to no role in overall. All of them didn’t develop or progress the story in a significant way (sometimes they didn’t even offer anything past background decorations), so they can even be considered to be fillers. Even the conclusion is not that rewarding, as it is something you would expect out of a lame Saturday morning cartoon. CAST Typical cast 101. The male lead is a kind-hearted pretty boy that never gives up and always protects his girl. He has a hook-hand as his signature attack and that is the only minor detail that sets him apart from any other generic shounen hero. The main girl is the usual beautiful, young, gentle… super weapon used as the deaus ex of the whole thing, as everybody is after her hax powers. Because of her power she feels like nothing but a damsel in distress and a plot devise to keep things going. The rest of the good guys are your average Jrpg sidekicks, with the loli-with-machinegun being the most noticable. Although there is plenty of superficial colorizing for the secondary cast, it ain’t much to lose your sleep over and by the end of the day nobody is memorable or that note-worthy. Admitably, the main evolved their relationship as weapon-wielder and their somewhat romantic side quite a lot in just one season; something which is rare in anime, as they are usually oblivious of one another. As for the villains, they are somewhat more evolved than the usual bunch, as they are not generic evildoers that want to destroy the world for no particular reason. Even they have their share of drama and somewhat excused behavior. Still, no real development for them during the events of the anime. LEGACY There is no replay value, as a story so simple and generic has nothing worth revisiting. I felt like the whole setting was nothing but pretty images and was not exploited in the least. Even the main couple, which is the best part of the whole thing, ain’t really that special and the whole idea of people turning into weapons has been done better *Soul-cough-Eater-cough*. So, no, it isn’t a must-see; not even a worthwhile watch. SUGGESTION LIST One Piece (well, it has pirates)Soul Eater (people transforming to weapons)Ar Tonelico (the games, not the OVA)And now for some excused scorings. ART SECTION: 6/10 Analysis: General Artwork 1/2, Character Figures 1/2, Backgrounds 2/2, Animation 1/2, Visual Effects 1/2 SOUND SECTION: 6/10 Analysis: Voice Acting 2/3, Music Themes 2/4, Sound Effects 2/3 STORY SECTION: 5/10 Analysis: Premise 2/2, Pacing 1/2, Complexity 1/2, Plausibility 0/2, Conclusion 1/2 CHARACTER SECTION: 5/10 Analysis: Presence 1/2, Personality 1/2, Backdrop 1/2, Development 1/2, Catharsis 1/2 VALUE SECTION: 1/10 Analysis: Historical Value 0/3, Rewatchability 0/3, Memorability 1/4 ENJOYMENT SECTION: 1/10 Analysis: Art 0/1, Sound 0/2, Story 1/3, Characters 0/4 VERDICT: 4/10 Nah, it could very easily be of Seinen level, if the producers were serious with the story. But they weren’t and headed for a generic adventure full of silly moments and bloodless action. So sad…

My first impressions of this anime were positive because of all the flying ships, flying islands, pirates, etc. It reminded me of SOUL EATER for obvious reasons (characters changing into weapons). It was suprisingly good but the plot was very predictable. As for the story/plot, it was neither great nor dull. It was, well... good. The cast consists of your usual MC who is very kind hearted, protective, heroic which you find in any other shounen anime. And as for the girl, she is your average good looking, damsel in distress kind of character. The supporting cast consists of this ANNOYING loli, a dude and an other girl/weapon. In the entire anime, that loli pi**ed me off the most. I almost stopped watching for that reason. The voice acting, except for that annoying loli, was good. The MC is voiced by Ishida Akira who happens to be one of my favorite seiyuus. As for the other characters, the voice acting was good. The music and animation were good but not great. IMO, the bad guys were all talk but no stuff. They talked big but when the time came, they got defeated pretty quickly. But, the bad guys are mean't to be all tough and all. So, I will let it slide (lol). I would recommened this anime to all you romance/fantasy/action, SOUL EATER fans. One positive aspect of this anime is it's not boring although the plot is very predictable. If you get bored of watching your usual anime, this anime is good to break the flow. 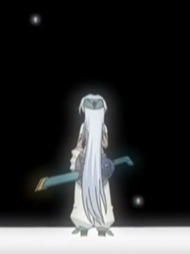 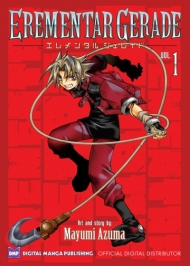 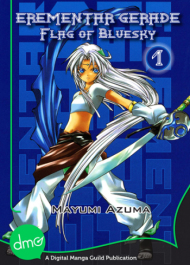