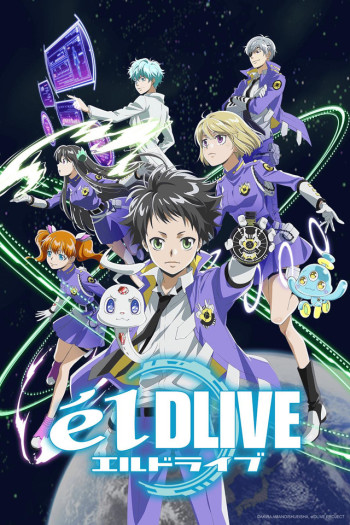 Chuta, the Voice, and the Qualifying Exam

A Pursuer From the Past: Part 1

A Pursuer From the Past: Part 2

Something to Believe in: Part 1

Something to Believe In: Part 2

Something to Believe in: Part 3

DO NOT WATCH if you are inclined to suicide. This anime is cringe to the point it's almost hilarious. It's predictable, the jokes seem like they were written by a bunch of 10-year-olds, and overall it's just awkward. Action... unheard of, characters are as mainstream as they get + extra cringe on top and the story is just ridicolous. Not that I dislike imaginative plot, but this one is presented so bad, I just can't come to the terms with it. elDLIVE gives me one less reason to live. I would ONLY recommend it to really bored kids and masochists.

It's not particularly great but not terrible either. I'm assuming from the art this was done by the same creator of Hitman reborn. (Which works explain the overall craziness and humor). Story Very much like Hitman, the MC is shy and very recluse. Has shot confidence and is trying to better himself through a dramatic change in his everyday life. Nothing particularly great but I guess I'm a sucker for the underdog types. Either way, the story is all episodic up to a point where it breaks into parts. But it's just silly shenanigans of everyday cases. So it's aight. Animation Perriot is really good with bright colors and quick pacing so I'm satisfied with it. Sound Love the opening. OST so far is eh? You kinda just ignore the BGM while things are going on so no such memorable tracks just yet. But it's not bad. (Not to mention I'm quite impressed with the dub). Characters As space series tend to be right at home with crazy, unique, and downright bizarre looking characters, this show definitely has that. They look interesting and have some pretty interesting quirks. Personality wise, well, they could all use some work. But there's diversity so that's good. Overall it's not terrible. It's a show for some silly humor and weird adventures....IN SPACE! It's to be expected!

“ēlDLIVE” is one of those shows I dropped a lot for no apparent reason for years. This is coming from the same author, Akira Amano, of “Reborn!”, one of my favorite anime when I was a teenager. However, seeing how “ēlDLIVE” turns into something enjoyable is making me astonishing. Going into this show, and besides I didn’t know that this came from the same author as my teen anime, isn’t the way you would live. You just didn’t expect too much with this show in terms of quality and others. It’s just another average show that people never talk about it after this. This is a simple show or more like a shounen enjoyable yet simple dull series with no complicated things to talk about. Everything about this anime is just so straight and one-dimensional from the protagonist, main heroine, predictable story, cheesy plot, yet I can’t say it’s a bad show as well. Despite many issues, the continuity and twist were there, besides it’s stupid and corny, and it usually has something to do you wouldn’t talk but just keep the flow to yourself. It gives you something that most average anime generally don’t have. It didn’t feel rushed regardless of the tropes and inconsistent characterization. The story is just simple, but for people who are new to what anime is, even though maybe it isn’t, it’s unique. So, the coward protagonist, Chuuta (Ayumu Murase), had an unknown creature from the very beginning of his realization even though he never knew where it came from. The voice comes from a small chibi cute creature who will help our hero through the story. Then, he realized that he was truly special after knowing he was entangled in a conflict between two organizations. And that it’s, that’s the main plot. Although there are quite things to talk about, like where these creatures came from or why their sentence sentences when they respect their superiors seems funny to me, you have to watch it if you want to know how interesting this anime is. There are so many characters that put directly into the story besides this is just about the protagonist, Chuuta. The show focuses closely on Chuta’s development from a coward who always runs to… a coward who always runs but gets stronger slowly. Most of the time too, he has a crush with his classmates at the same time a member of the organization he works for. The story focuses on Chuuta being a better person. The chemistry, and quite a romance too, grew up between our main protagonist and heroine, Misuzu (Saori Hayami). Not many characters didn’t develop fully. Most of the characters are only characters without personality. Even all the villains are horrible. The side characters were just the side characters, nothing else. But, I quite love the Stanley Kubrick character reference in this anime, Dr. Love (Yoshitsugu Matsuoka). With a rather huge cast, the show leaves a decent development and loses its potential suddenly. Especially 12 episodes feel long but at the same time feels fast too, I don’t want to be honest but I enjoy this show so much. The art is nothing special but the color palette is just so vibrant yet not memorable. It’s quite appealing enough to make you watch this without thinking too hard the simple story and simple art style. The design characters are also nothing interesting especially the protagonist. The soundtrack isn’t too memorable as well. It’s a typical shounen score that you would seem familiar with. There is the action theme, slow emotional cliche piece, but it fits well in all those aspects. It’s kind of hard, to be honest with my mixed feelings. It’s the same as the average film I watch. I find it hard being honest and being a liar at the same time. But, I don’t know if this is my honest opinion or not. I don’t know anything. I can’t be honest if I enjoy this show. But, at the same time, I can’t lie if this show is bad in terms of stories, characters, etc. “ēlDLIVE” comes with something, simply, you would turn off; this light-hearted straightforward uncomplicated shounen is enjoyable regardless of bad aspects. 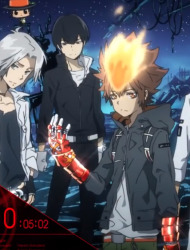 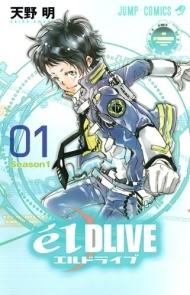