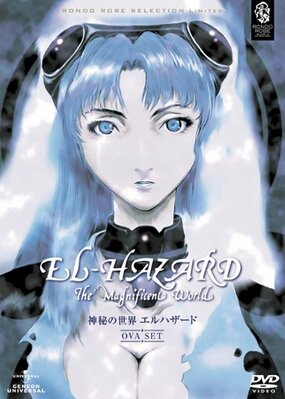 What I Liked: Mimi Woods as Shayla-Shayla. Background art is quite good. Soundtrack is good, but not remarkable. R. Martin Klein as Katsuhiko Jinnai. The evolution of the relationship / rivalry between Shayla-Shayla and Nanami. Nice use of the predestination paradox. That catchy first ED. What I Didn't: Occasionally uneven character animation that jumps from pretty damn nice to passable to overly-fluid. Tiffany James is way too stilted at times as the Demon-God Ifurita (who seems to inconsistantly jump between being a powerful woman, a demon with no willpower and a cyborg). Some strange character design choices. Alielle. Standard harem nonsense between Makoto and most of the girls in the series. It takes the voice actors a while to get the hang of names like Jinnai and Ifurita. The second ED's English version kind of sucks. Final Verdict: Despite its interesting plot and brilliant world designs, it's hard to classify El-Hazard: The Magnificent World as anything but average. This 90's fantasy harem might be a good time-filler that may entertain you with its varied (if not somewhat infuriatingly generic) cast of characters, but all in all it's a truly unremarkable series.

Usually, when my friend forces me to watch the first episode of an anime I don't like it at all. So when she told me she was going to show me the first episode of El-Hazard, I was like: "Oh no, not again." But this time was definately different. I loved the first episode so much that we watched to whole season that afternoon. This is definately an awesome anime. I really liked the story, it was nice, a lot of fun and a good pace. The animation was very good, considering the anime is like 15 years old. The characters where great, though I thought Jinnai's laugh was quite annoying. My friend counted it, his record is 7 maniacally laughs in one episode. The ending wasn't 100% clear to me, but I think I have to see the other seasons to find out what exactly happened. That's what I'm gonna do anyway, I only have 2 seasons to go: The Alernative World and Wanderers. I made a very nice screenshot of a pissed-off shayla-shayla, If I knew how to upload it, I would do that. 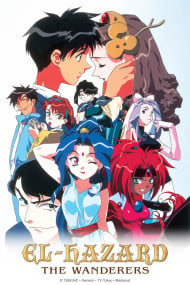 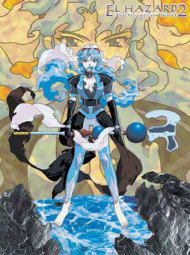 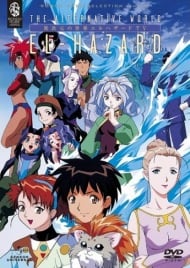 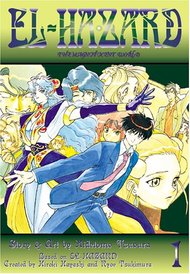