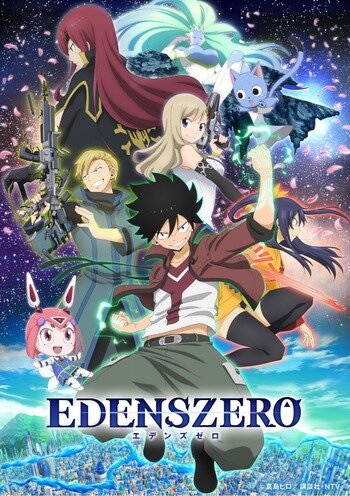 Planet Martine is suddenly attacked! The alien invaders are known as the Abh. They are of human origin, but have been genetically modified so that each Abh has superior talent, skill, beauty, and longevity. Martine's president surrenders completely in the face of the Abh's awesome military power. Through a bizarre twist of fate, his son Jinto becomes a nobleman in the Abh's vast, intergalactic empire.

Rune Ayanokouji lives a life less ordinary with a "mad" scientist for a grandfather and mysterious humanoid robots popping up around town. It turns out there's an alien plot to take over the world, but there seems to be a set of aliens with a different agenda in mind. With a little unexpected help, Rune and her friends are able to fight these aliens on equal ground. But with the fate of Earth at stake, who can Rune really trust?

In the 21st century, robots are commonplace and in many cases, have replaced human beings in the workplace and in other roles. Dr. Tenma used to be the jovial head of the Institute of Science; but once his son Tobio was killed in a tragic accident, he turned his attention to building a robot to replace his loved one. Named Astro Boy, Tobio's replacement was intelligent and thoughtful; yet he didn't age, and ultimately Dr. Tenma resented his creation and sold him to a cruel circus manager. Luckily for Astro, he was soon liberated by the current head of the Institute of Science and given a new life. In addition to learning how to become a better "person," Astro uses his nerves of steel and superhuman strength to put a stop to evildoers and withhold justice for all!

Possessed of aristocratic blood but bereft of money, the impoverished Baron Miharco travels the galaxy in search of his ideal woman, attended by his robot valet Lampachika.

Kaguya to Uchuu no Himitsu