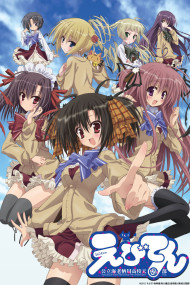 Take a group of fan girls, toss out all social rules, mix them in a basement, and what do you get? Besides a recipe for disaster, you get the Astronomy Club, where the wall between reality and fantasy shatters! As if things aren’t wild enough, throw in a manga fanatic who always ends up in her underwear, a maid on a mission, an archenemy, and a CAT as the faculty adviser! One thing’s certain: the Student Council will most definitely NOT approve when the Insane-O-Meter redlines in EBITEN!

The Legend of the Struggling Astronomy Club

Put Love Into It, Not Konpeito

This is the Agonizing Astronomy Club of Miracles! A Maid has Landed!

Aim for the Stars! The Girl that Dreams of Love

Guess who? Yes, the baron of over-opinionated, RandomRedneck, is here with another review. For this review, a tackle a show that starts as potentially promising parody, and just devolves into...something. This, is Ebiten. Let us begin, shall we? STORY This is a schoolgirl comedy. Story was never a vital point, and it shows. The first few episodes are basically "Let's parody (X show)" and frankly, it should have stayed that way. As it drags on, there is some convoluted thing about one character having a split personality or something, and they try to cram all the badly done drama into the last episode. Comedy to drama never works, especially for this show. ANIMATION Not much to say on the animation front. Not bad, not good, just...standard. So...yeah. SOUND Like animation, not much to say about the sound. The show doesn't even have an opening theme, and the ending theme is pretty meh J-Pop stuff. Background music doesn't stand out anymore than the ending theme. I doubt you'll even notice it half the time. CHARACTERS Characters are pretty typical, but nonetheless somewhat entertaining. We have Todoyama, your usual bossy club president, with the added bonus of being pretty much a sexual predator. Said sexual predatoring is aimed at Kanamori, a Fujoshi, and pretty much most entertaining character out of the bunch, on account of being a perv. Rikei, who is your typical stoic, is alright. Little bland, but good. Hasumi(The VP) is...just there. Doesn't really make much of an impact. And lastly, Oomori-Sensei, club adviser...and also a cat. An awesome, apparently perverted cat. OVERALL Again, it stared as promising parody, but tried to do too much, and just fell to average levels. If you wanna kill a little time with a typical schoolgirl show, try something else. If you want weirdness and schoolgirls, try this show. That is all. Thank you. Yours truly, RandomRedneck.

Allright. It's been a while since I've done something like this so bear with me as I try to find my way again.I did quite a lot of them in the past on a different website which you can find here: http://legendsofsatura.net/index.php/forum125/6-reviewing-guild.html ....They probably aren't very good though but please do stop by if you have the time and inclination. Originally the site was for writers, mostly original but also fanfiction. Also I'm Dutch so there will be spelling errors. If you find them annoying give me a shout and I'll try to fix them. Oh, I will try to keep spoilers to a minimum but there will be some. Usually the worse I rate an anime the more spoilers this will contain. You have been warned So, you have probably already read what the animation is about in the discription given by Anime-Planet, which is the same as on the box. I will therefore try not go into the story that much unless I'm ranting about something (spoilers). ART: I can say many things about the art but ugly is not it. Sadly it is mostly used for fan service and little else. SOUND: Well, the voice acting was good. CHARACTERS: Not sure who is the main character is in this anime. Usually it would be the one male member of the club, Itsuki, but he really doesn't do that much. I suppose the Astronomy club can be said to be the main character or rather the centre that everyone revolves around. STORY: .....yeah, I got nothing. Seriously. I watched this anime a few weeks ago and I can't think of anything that stuck to me about this anime. It is really that forgettable and nothing noteworthy happens except the fanservice. 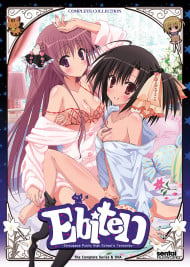 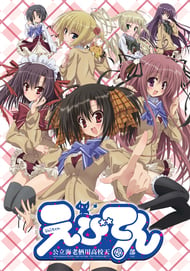 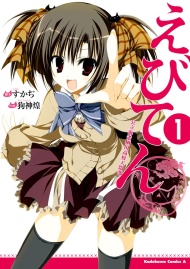