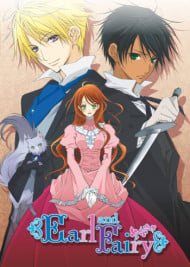 Throughout the ages, fairy doctors served as liaisons between humans and fairies; but in the present time of the 19th century, fairies are nothing more than an old wives' tale. Nineteen-year-old Lydia Carlton is one of the only remaining fairy doctors and enjoys a quiet life in the countryside of England - that is, until the dashing Edgar, for mysterious reasons, whisks her away on a daring adventure. Said to be the descendent of the earl of the fairy nation, Edgar desires the noble sword of the merrow that serves as proof to his lineage. Though his motives and origins are questionable, Lydia now sets forth to help Edgar on his quest.

Island of the Merrow

Take the Proposal Gently in Your Hands

Tell Me the Secret of Your Tears

With What Time Remaining

StoryI approached Earl and Fairy with my expectations firmly in check, looking forward to nothing more than a whimsical but competent series that would remain mildly entertaining at best. While this series is indeed away with the fairies, it still couldn’t meet even my modest expectations; it’s messy in content, immature in tone, and underwhelming in the extreme. Earl and Fairy’s primary achievement is to bamboozle the audience with as much random Celtic folklore as possible. Some viewers might draw comparisons with Princess Tutu, which borrows from several recognisable fairytales, adds its own original twists in the process, and, most importantly, pulls them together into a focused thematic narrative. No such ingenuity with Earl and Fairy: there’s no recognisable theme, just disconnected legends plucked out of their context and thrown into the plot because they’re convenient. Lydia sees herds of brownies frolicking on every street corner, takes Edgar on a journey to find something called ‘the merrow’, not to mention the banshees, silkies, leprechauns, coblynau, phoukas, and Unseelie Court also name dropped in this tick list of mythology. Having failed to frame its main theme in any meaningful way, the adventure trudges along with the tiresomeness of a nursery rhyme on repeat, neither going anywhere nor achieving any true climax – just hour after hour of silly expeditions in search of fairies and the occasional battle with nondescript antagonists who get in the way. Since such material can take Earl and Fairy only so far, it tries to bolster the plot using a formulaic love triangle between Lydia, Edgar, and an abrasive kelpie called… Kelpie. Younger fans might enjoy the countless ‘misunderstandings’ and the constant blushing that ensues, but, meaningfully, they only add layers of contrivance to the already flimsy narrative.AnimationAt first glance, Earl and Fairy’s fluffy world concept and gentle colour tones look highly appealing, but even an oil painting loses its fascination if you stare at it for long enough. And Earl and Fairy is no oil painting. Within a couple of episodes, the bland backgrounds start to merge into each other and the lack of conceptual detail means one less thing to hold my attention. For example, the fairy world, which should be a hive of sumptuous creativity, just turns out to be a grassy embankment, and, as if to emphasise the series’ characterless nature, everything is washed in bleary soft focus. Then there are the generally awkward movements and flat character designs which wouldn’t look out of place in a thousand other shoujo series. As a whole, Earl and Fairy would stand up well as a series of screenshots, but, as part of a moving narrative, it’s nothing more than functional.SoundApart from the up-beat opening theme with its curious use of violins, Earl and Fairy offers a cheap, insipid soundtrack which sounds like something from a 1980s role playing game. Sometimes the music just about complements the mood, but, most of the time, it detracts from it instead.CharactersLydia, a country bumpkin with a rather unique profession, is certainly likeable on first impression, but is also wholly uninteresting. As her only meaningful contribution is spouting useful tidbits of knowledge when most convenient, her role as fairy doctor remains disappointingly vague. Where her understanding comes from and how it affects her as a person doesn’t seem to be of any interest to the series whatsoever. Moreover, with a passive nature and saccharine personality, she has about as much screen presence as a care bear. Edgar, on the other hand, has an interesting dark background, but his portrayal as an anguished romantic figure is so repulsively corny that dredging up sympathy for him becomes an ordeal similar to pulling teeth. In regards to the supporting cast, apart from Edgar’s butler, Raven, who provides many of the ‘action’ scenes, none of them is even worth mentioning.OverallEarl and Fairy will no doubt amuse young teenagers and hardcore shoujo lovers. With such an aimless plot and a cast of clichés, however, there’s just too much mediocrity packed into these twelve episodes for anyone else to swallow.

Earl and Fairy is an adventure where a doctor and a prince are going on a journey to find an heirloom of fairy origin. But since it is also a shoujo, the doctor is your typical silly girl with a good heart that can see mythological creatures and the prince is your typical mysterious hairless chest bad boy hunk. YEAAAAH here comes the cheese. Animation is done by Artland, a studio which has produced nothing but mediocrities with the exception being the highly acclaimed Mushishi. Other than that, they never had high budgets and thus this show looks rather run down. Direction is done by a nobody who has produced nothing but passable titles. So our shoujo heroine TM Lydia is a doctor, something that can fool you to think she cures diseases and treats wounds. That would make her a heck of a dynamic female instead of a clueless dumb broad. But NAAAAH she is actually a FAIRY doctor, akin to a witch doctor or a shaman, able to see and communicate with the unseen world of mythological creatures. And that is all she is doing, so the whole inborn talent she has is just there to flavour the story with sparkles of magic. So instead of having rose petals and stars as nothing more than visual effects in the background, those are literally stuff that happen in real life… but only to her, because she is the only one who can see all that, so everybody else just thinks she is a nutjob. So much for superpowers if you can use them to do jack in your every day life and be sent to an asylum for no real reason. The problem with her is that she is penniless, since nobody would give a job to a 19th century girl, much less to a girl who claims she can see monsters in an age such things are considered nothing but fairy tales. Here is where the mysterious hunk TM Edgar enters the story and with his royal lineage and hairless chest asks her to help him find a sword to prove he is indeed an earl. Because finding that sword is apparently all it takes to prove to everyone you are who you claim to be; let’s hope some random peasant doesn’t get to it first because he will magically turn to a noble or something. Each of them has their own mascot pet to boot. Lydia has a talking fluffy cat that acts like a spoiled noble and Edgar has a butler bodyguard who kicks ass and is of course also a hunk. And thus the four of them go on a journey where she constantly is helpless, he is constantly mysterious, and their pets do all the comic relief and action scenes. That pretty much means that the protagonists have less appeal than their lackeys. YAWN!So here you are waiting to be excited with an adventure full of action and suspense. You get close to nothing because everything remains quite basic and blunt to the most part. The artwork is so weak and the antagonists so dull, you just don’t give a damn even if they accomplish whatever they want. And by the way, they don’t because the story is left incomplete. You also hope for some spicy romance to take place between them but NAAAAH not even that happens as everything remains on first base at best. There are many moments where they could have done much more than just holding hands but she keeps flipping and he just doesn’t try to force himself on her. How nice of him; too bad we don’t get a single interesting scene for the same reason. And that is pretty much all you get from this anime. Run down visuals, dull music, stereotypical shoujo characters who don’t do anything, piss poor action and adventure and an open ending showing you its middle finger. You might as well not bother watching this unless you so much want to be disappointed or have a heck of a lot free time to waste.And now for some excused scorings. ART SECTION: 5/10 General Artwork 0/2 (run down) Character Figures 1/2 (generic) Backgrounds 2/2 (Victorian era and fairy tale feeling) Animation 1/2 (basic) Visual Effects 1/2 (basic) SOUND SECTION: 6/10 Voice Acting 2/3 (corny but fitting with the feeling of the series) Music Themes 2/4 (average) Sound Effects 2/3 (ok I guess) STORY SECTION: 3/10 Premise 1/2 (typical) Pacing 1/2 (dull) Complexity 1/2 (not much) Plausibility 0/2 (none) Conclusion 0/2 (doesn’t exist) CHARACTER SECTION: 4/10 Presence 1/2 (generic) Personality 2/2 (cheesy but well founded) Backdrop 1/2 (generic and simplistic but it’s there) Development 0/2 (none) Catharsis 0/2 (none) VALUE SECTION: 1/10 Historical Value 0/3 (none) Rewatchability 0/3 (no reason to bother watching again such a dull and incomplete show) Memorability 1/4 (nothing much to bother remembering it) ENJOYMENT SECTION: 1/10 Art 0/1 (looks lazy) Sound 0/2 (sounds dull) Story 1/3 (generic and heads nowhere) Characters 0/4 (stereotypes) VERDICT: 3.5/10 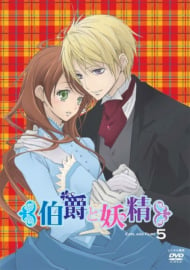 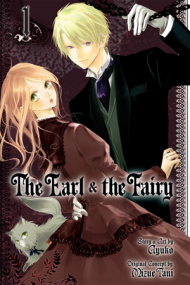