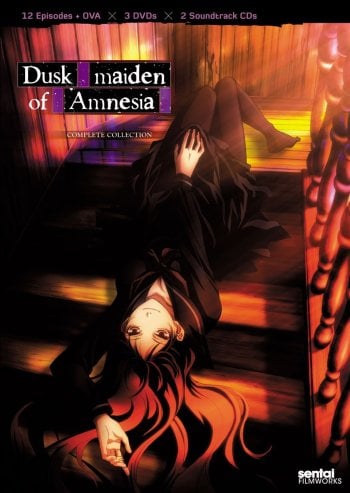 Teiichi Niiya is a first year middle-school student at Seikyou Private Academy, an institution known for mysterious occurrences. The boy quickly finds these rumors to be true when he meets Yuuko Kanoe, a beautiful, mischievous girl who quickly takes a liking to him... and happens to be a ghost who seemingly no one else can see! Unable to remember anything about her past, Yuuko enlists Teiichi’s help to discover the truth, and together they join the school's Paranormal Investigation Club. With fellow memebers Momoe and Kirie, the pair will investigate the many strange happenings around campus, including the shadowy circumstances surrounding Yuuko’s death.

I LOVED THE SHOW. kAWAII ENDING. DEVELOPED CHRACTERS. wOULD RECCOMEND. SCARY AT TIMES TOO. ITS SIMILAR TO THE ANIME ANOTHER. THOUGH, IT ISNT GORY...

For a video review, check out my Youtube channel. Link on my profile page. Positive *So what did I like about this anime. Well I liked the fact that Tasogare was pretty scary at some points which is one of the main goals of a mystery ghost story.  Also the color use was well done with lots of black and red in the more scary scenes. Now I must add that this comes from a guy who is absolutely not good with scary things. I never watch horror movies, scary series and so on so if you’re used to watching these things then you might find the level of scariness of this anime not high enough. Too me there was one scene or episode that quite frightened me. Without telling any spoilers, there is one episode where we go into first person view of one of the characters and that was some scary shit that we got to see than in my opinion. Negative Unfortunately we are already moving on too the negative side of this review because I had a lot of problems with Tasogare.  Now before I go further I want to emphasize that this is my personal opinion. I say this because Tasogare is actually a really popular and loved anime so a lot of people might strongly disagree with the points that I’m about too say. So again this is my personal opinion, you don’t have to believe anything I say. Now that we have that out of the way let’s start. *The first thing that bothered me in Tasogare was that we have to wait such a long time until the main story starts. We have to wait until literally halfway through the anime until the main story which is the search for Yuuko’s memories starts. The episodes before the halfway point were so boring, I really didn’t give one damn about what was happening. *A second thing that bothered me were the characters. Again I didn’t give one damn about any off the characters, not Teiichi, not Yuuko and definitely not Kirie or Momoe.  Momoe in particular. The only reason she’s in this anime is to deliver comedy. She’s like the secondary male character in romance anime’s. If the comedy that she delivered would have been good I would have found her bearable but also the comedy was so lame. I don’t remember laughing once with this anime. *If the Tasogare fans weren’t raging already than they will now because I also couldn’t care less about the romance in this anime. I really didn’t care for the relationship between Yuuko and Teiichi. There wasn’t one moment where I was interested in that relationship. *But the thing that made me dislike Tasogare the most was the ending of the anime. The ending of Tasogare is the most lame, cheesy and easy-way-out ending I have seen till today in anime.  When I was watching the last episode I thought: ok this is a pretty stereotypical ending, I saw it before in other anime’s where it was also done better, but it was bearable.  But then we got too the real ending and I was so put off by it. I mean why? Why did the writhers choose this lame ending, it feels so forced, all to create that happy ending that the viewers want. I literally went WTF, my parents sleep 3 rooms further than me and they heard me in the middle of the night, that was how putt off I was by this ending. Too me it was the final push that I needed too dislike this anime. Conclusion So as a conclusion too me Tasogare fell short on any level: it wasn’t sad enough to be a drama, not funny enough to be a comedy, not romantic enough to be a romance and not scary enough to be a real horror anime. So I’m going to rate Tasogare Otome x Amnesia at 2 stars. I don’t recommend watching it. But again you don’t have to believe anything I said here, it’s not because I dislike this anime that you will too. The best way to find out is watching it for yourself. 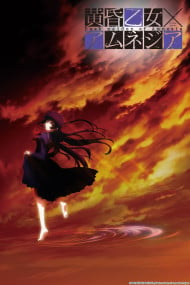 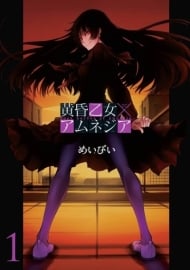