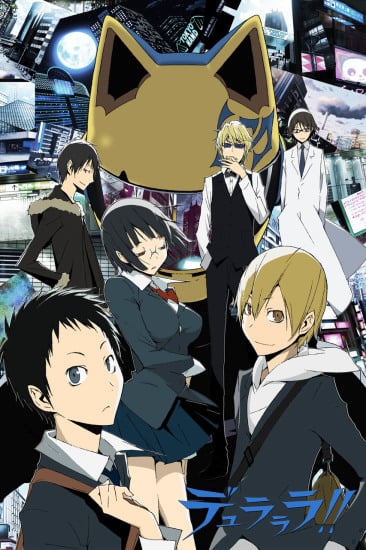 Anri was the slasher's target. Kadota and the gang happened to see her get attacked and went to save her. Shizuo and Celty joined in, and the slasher was at last defeated and his identity revealed. But their relief lasted only for a moment, as Celty is stunned at the chatroom log she says. At the same time, a certain person visits Anri when she returns home...

Kicked out of his orphanage and on the verge of starving to death, Nakajima Atsushi meets some strange men. One of them, Dazai Osamu, is a suicidal man attempting to drown himself in broad daylight. The other, bespectacled Kunikida Doppo, nervously stands by flipping through a notepad. Both are members of the "Armed Detective Agency" said to solve...

Both of these anime feature a young protagonist moving into a new region and quickly finding themselves surrounded by bizarre events. With action, fantasy, gangs, turf battles, and no one being exactly whom they seem to be, the plotlines are pretty similar. So, if one tickled your fancy, give the other a shot.

A young boy being thrown into a world of fantasy and action with a hint of gangs, well that is kind of the plot of these two anime. Both have an interesting artsytle, plot and character to keep you intrigued. With that I would say if you enjoyed one then you might want to check out the other xx

Both have a pretty big cast of snowflakes (downright enormous in the case of Durarara), with plenty of quirky characters with their own weird abilities, ranging from mundane ones to reality-breaking superpowers. Both also have various rival organizations entangled in a bigger plot that is never revealed completely, or at least not until later seasons. The mood is also all over the place, with slapstick frequently followed by action or drama and vice-versa.

Stray Dogs has a slightly more shounenish feel to it (and it's much better for those vaguely familiar with Japanese literature), but all in all, I think they appeal to the same audience.

Blood Blockade Battlefront pretty much reminded of me Durarara because of the anime style and characters. Both had action, comedy and good characters

Both shows center around a main character that has come to a new city and finds themselves surrounded by a unique set of individuals. Both animes are also set in cities where things that would be crazy anywhere else are just another day there. Both have action, comedy, and intresting characters. The feel of the Blood Blockade Battlefront also reminded me of Durara in that the plot gets better and more complex as the show continues. In my opinion Durarara is the superior show, but both are worth a watch, so if you like one you should check the other out.

The information spreads like fire and the thrill is unmatched. Just like Drrr!!, something is brewing, and every episode will tell you a bit of each characters' story. Also, the side humour. Don't forget that!

Durarara!! and Steins;Gate share quite a few interesting themes:

If you liked any of these aspects in one series, you'll most likely also enjoy the other. 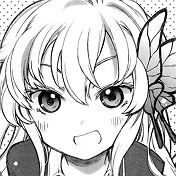 DRRR!! and Stein both start out as fairly light-hearted explorations of new experiences, but, as hinted, slowly evolve into a much darker and more serious overtone.

It should be noted that Stein is much more of a mindrape than DRRR!!, but at the same time, DRRR!! has a fair bit more pure, ridiculous awesomeness than Stein.

I absolutely loved both of these animes. If you enjoyed the connections between the characters slowly surfacing in Durarara!! then you should give Steins;Gate a go.

Both animes are fairly intricate, and I recommend them both if you're looking for a great plot with some  humor thrown into the mix.