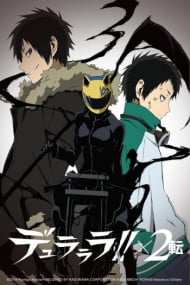 Ikebukuro, a city teeming with the most peculiar characters and the twisted schemes they indulge in—. In the aftermath of the assault against the information broker, signs of new disorder begin to develop like ripples across the water. Holding his own ideals, the young man who gains the powers of both the “Dollars” and the “Blue Squares” treads the path to total annihilation. Someone struggles to save their best friend while a psychopath creeps up on a popular idol. Slowly but surely a new threat gains power within the city’s shadows…

Haiiii~ (~◠▽◠)~♥ Here's me again, with the second Durarara!!x2 review, as I said!  I wouldn't recommend reading this review if you didn't watch both DRRR!! and DRRR!!x2 Shou which I previously reviewed. Second chapter of Durarara!!x2 had a perfect way to start judging from that cliffhanger on the end of the first chapter. Let's see if this chapter is even better! STORY We're back in Ikebukuro once again, and lots of things are starting to happen right off the bat. The way they present the story is so well done, because there are so many things happening in this anime and at first they seem not related at all, but in the end all pieces come together and create a very, very well told story. There is LOTS and I mean LOTS of story progression in each and every episode. Characters take turns, everyone has something going on and some of the individual stories are heavily related. There are also some backstories (such as teen Izaya pictured below) which I liked. Now, despite of how well they deliver the story and everything that is happening is presented well, I will admit that I had a problem. I feel like there was a lot of ''stacking up'' when it comes to the story. Just more, more and more things happening and building up in a short amount of time. Because of this, sometimes it was difficult to follow what's going on. So yeah in conclusion, lots of new events (some are super shocking!), lots of development with the story and especially characters. It was fun to watch, but a bit difficult time after time, so I'll give it a 8/10. ANIMATION Just like the previous series. Outstanding and realistic environment, colorful characters and polished art. As I said in my last DRRR!!x2 review, Durarara!! has a specific type of animation and I love it so much. There's something different about it and it's so good! I really like that the animation is consistent, which would mean that you will get the same animation quality on ep1 and ep5, or 6, 4, 2... And some shows don't have this! I think anime fans know to take this for granted. Extremely well done animation, love how polished and consistent it is. Nothing negative to say. 10/10 SOUND Amazing quality. Love the music, love the voice acting and sound in general. Nothing to point out, it's just well done! I like the style of the OP/CL and the OP song is amazing (even thought I think the last one was better) Sound is really well done, I just think that the previous chapter had better music in general, so it's not a perfect score, 9/10 CHARACTERS I think the main thing Durarara!! has to offer are amazing characters! Can we all take a moment and realize this anime has at least 15 major characters that are ALL very relevant to the story. I would give the characters a nice and subtle 38/10. No but seriously, every single character that they introduce (and they just keep coming) is really well developed and has an important role in the story. And that's why I REALLY like this anime. As much it has an elaborate story, it still focuses on characters so much, even though there are so many! And talk about development! Some characters grew on me (which literally NEVER happens, if I hate a character, I will hate passionately 'till the bitter end). So there is SO MUCH going on with characters and it can sometimes get hard to follow. Also, I really don't like the direction some characters took but I feel like that made the story more interesting. Even though the characters are responsible for why I had a problem with the story, I can't deny a 10/10 score because I've NEVER seen a show that has this many well developed characters. OVERALL This anime is great. I have to admit I did expect better since last season made me puke happiness. Buuut I'm still very very pleased with second season and CAN'T WAIT to wrap it up with the third one in 2016. Durarara!! is one of my favorite anime series EVER, and I will give it a 9/10 rating, which is very good. I love everything about this anime! That's it! Thanks for reading my review! I'd recommend this anime to all Durarara! fans, and everyone who's ready for a great anime! (make sure to watch S1 and x2 Shou first) Rate if you found this review helpful, funny, or just like it. I have more anime reviews so check them out if you want! Thanks and have a nice day ^^

Once again, one of the many reasons why I liked Durarara so much was because each episode jumped around to different character perspectives, and the viewer get a wide range of opinions and personalities. Even though this series was enjoyable (to some extent), this arc didn't live up to my expectations. It lacked that something something that made the original Durarara!! phenomenal. Overall all, it's a one and done type of season for me. I wouldn't exactly take the time to rewatch it like I have done with other shows even though it is worth watching if you want to catch up with all your old favorite characters.

Based off memory. Also, spoilers. Durarara!!x2's second cour, which follows much of the original cours plot, was pretty good. I mean, the story is getting more intense, so yeah. That's all I have to say for that :| The animation quality is still consistent with that of the first cour, which is very good. It's not dropping in quality nor is it randomly getting better. The opening is awesome. The ending is meh. The voice acting is same as the fist cour. The characters are still getting more developed. How you develop so many characters at a time like Durarara does, I have no idea. 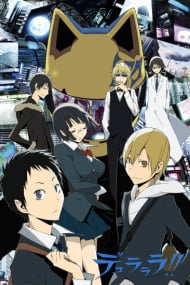 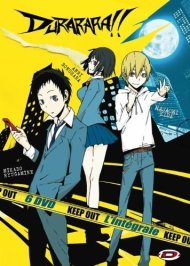 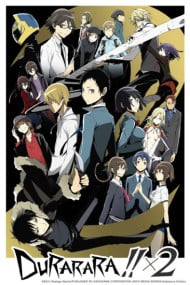 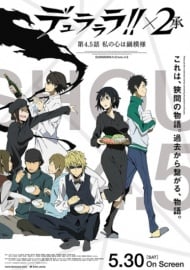 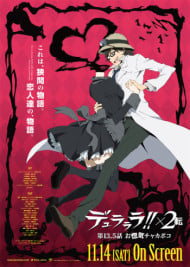 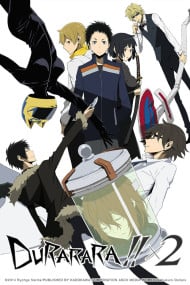 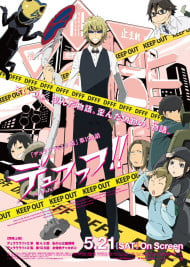 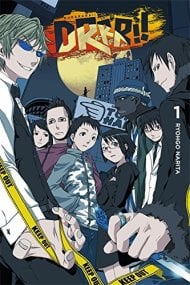 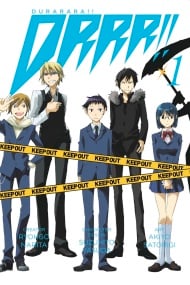 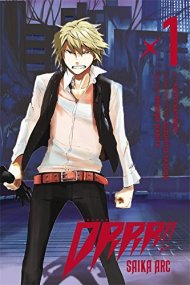 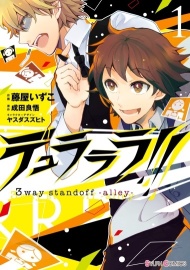 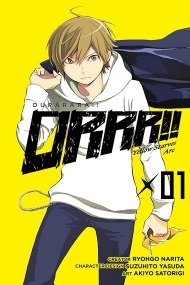 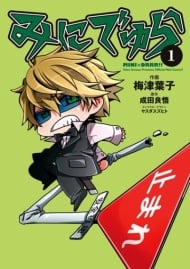 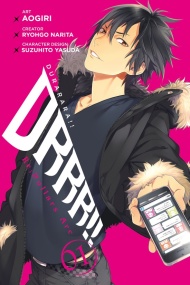 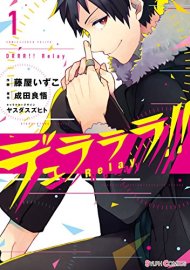 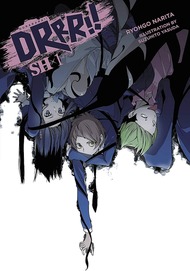