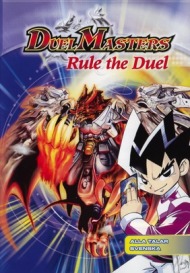 Twelve-year-old Shobu Kirifuda has one goal: to become a top-ranking player at the game of Duel Masters, a card game in which players use spells and summon monsters to break through their opponents' shield cards and subsequently defeat them. Shobu believes he's a great player, but he soon discovers that there is more to the game than he originally thought; true Duel Masters, he learns, are able to make the monsters on the cards manifest themselves during a duel. A mysterious group has taken a keen interest in Shobu, although their reasons are as mysterious as the group itself. Now Shobu and his friends not only have to win the championship, but also try to figure out who these people are and why they're so interested in Shobu.

Before saying anything, I wathced it with a Finnish dub. This is a series I have huge nostalgia on. So I don't even try to be objective. Story While the story might not be the most unique (the boy wants to be a Duel Master just like his father before him blah blahblahblah), I find it still quite charming. While this is mainly the story of Shobu trying to fulfill his dream, I feel like the plot isn't even main point of this series. It has weird plot holes, sure (why did Hakuoh start looking younger suddenly, who Knight actually is and how the heck this 12-year-old kid is attending death battles with his parent's permission) and sometimes characters are making really dumb desicions (well of coooooourse we needed that clichéic "the main characters start arguing and the gang is about to fall apart episode"), but I find it still most of the time interesting. Also, this is not a copy of Yugi-Oh. Animation While most of the people will probably find the design of the creatures almost eye-hurting due the old CGI, I thing it still has it's charm. And since it's only used to animate "the creatures" (the card thingies basically), it really makes it feel like they come from another world (oh right, they also used it to animate Rekuta's weird flying in the air sessions couple of time (I really suspect they added those parts in the US)). Other than that, I feel like the animation looks actually pretty good. Sound The music used in the background is mostly quite basic anime-level and I would be interested to see the original JApanese version some day to see, if there's any differences. But nothing too weird, really. Except the musical parts. Oh, the musical parts. Seriosly, this at least must be something they added in US. In couple of episodes in the end of the first season, characters starts randomly sing (even Kokujo, even our cool edgy angst bad boy emo cool man Kokujo, has a hecking polka song). IT stupid, it makes zero sense! And I love it. It is so stupid, that it feels some sort of fan-made parody. And that's always something I'm eager to watch. And then comes the dub (Finnish dub) It's gold. Just pure gold. This is probably one of the funniest dubs I've ever heard. Imagine this: A dub that contains all the popular culture references and fourth-wall breakings possible. This series has references to Finnish TV dramas, main stream movies (Titanic, Lord of the Rings, Harry Potter etc.), celebrities and all sort of stuff like that. Also "Did I just imagine or did that commercial break take a week." The voice acting is also hilarious, even though there isn't always that much credibility in their acting ("Shobu. Shobu. I won't forgive myself if you don't wake up. *monotonic sobbing*"), but even at moments like that it's ironically good. Also Kokujo's and Hakuoh's voices are just perfect, Kokujo's voice is just a perfect edgy adult man voice and Hakuoh's voice is probably one of the few "pretty boy" voice's I can name from this country. Characters This series is just a bunch of meme character. We have the clichéic shounen main character, the smart shortie sidekick, the boring girl, the athlete girl, the pretty boy boy with existential crisis, the emo man, the mysterious, dark and handsome but at the same time extremely self-ironic and goofy mentor (with zero navigation skills), the mad professor, the weird man-baby (just what the heck Boy George even is!?) and that weird character with funny look and zero point to the series (Kintaro). I love them all. If this was a popular series, Kokujo would have all the fans (alongside with Hakuoh the Pretty Boi), people would make Knight memes and think Mimi is badass. I see so much meme potential with this show that it's almost a crime no one talks about it! Overall Even with clicheic plot and all the other issues, this is a good serieswith meme potential and funny characters. Please give it a chance. And for the last time. IT is not a Yugi-Oh copy (no hate for Yugi-Oh, I do believe it's a good series).

Before watching Duel Masters, I thought the worst game –based anime ever was Pokemon. But not anymore… Anime based on some product are made solely to advertise it and start an addiction to its possible consumers (usually nerdy kids with loaded parents). As such, most game –based anime are quite lame, with childish scenario and carton characters being just an excuse to shovel us flashy techniques or strategies of the soon-to-follow game. As if that isn’t enough of a scam, Duel Masters fails to do even that. It has a lame scenario, pathetic characters AND terrible advertising of the homonymous card game. ART & SOUND SECTION: 4/10 Very simply drawn 2D characters are placed next to medium made 3D models of the card monsters. The result is terrible! Almost all characters are un-imaginary drawn and end up being boring and negligible. At least Pokemon, Digimon and Yu-Gi-Oh had a sense of style and dressed their characters in trendy fashion to boost a bit their shallow presence. But not here. The characters give off a feeling of being a bunch of kits losers. Plus, not only the 2D doesn’t stick with the 3D, but also there is no point at doing that, since the monsters are just for show. They do not interact with the “real world” of the characters (as it was done in later episodes of Yu-Gi-Oh). As for the sound department, it is simply a bunch of screaming idiots yelling “BUY THIS GAME! IT’S LAME, BUT BUY IT ANYWAY”! STORY SECTION: 3/10 The protagonist and almost everyone else in the story plan on becoming the best Duel Masters in the world. So, they pretty much waste their lives playing a card game with a bunch of weird looking kids and are finally pitted against a powerful organization which plans to rule the world (through the card game of course!).Sounds like the story was written for AND by 5 year-olds. Seriously, the much similar Yu-Gi-Oh story is a masterpiece compared to this crap. CHARACTER SECTION: 2/10 There is a nerdy bunch of kids who care more about a card game, than, let’s say, finding a job or getting laid, and a bunch of costumed weirdos who control the world with cards. The protagonist is a kid who tries to better itself in the game and the top villain is a cool-looking kid who got crazy over too much card power… That’s it. Boink! VALUE SECTION: 1/10 Value your money and stay away from this pathetic example of awful anime… AND the game, for the same manner. It’s just a pathetic Magic the Gathering rip-off. ENJOYMENT SECTION: 1/10 Go watch Pokemon instead. And imagine that I HATE Pokemon. VERDICT: 2.5/10 The accused is found … GUILTY! … For being a complete ass. SUGGESTION LIST This series is equally as pathetic as: B-Densetsu! Battle Bedaman. Playing with marbles was never so boring. This series is worse than: Pokemon, YuGiOh, Beyblade, Bakusou Kyoudai Let's & Go. These series also advertise games but they are bearable half the time. 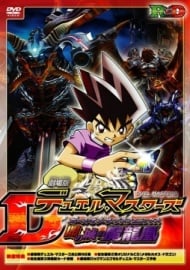 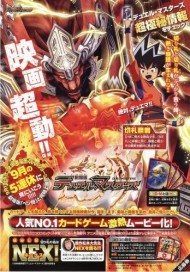 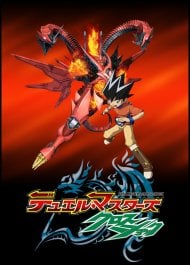 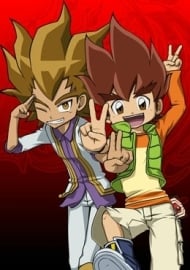 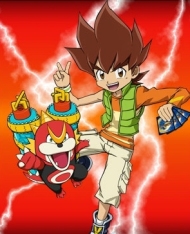 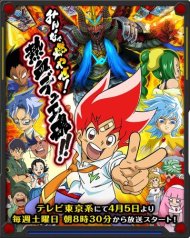 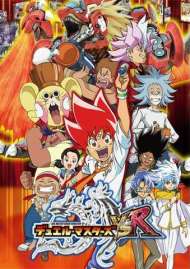 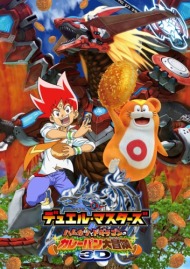 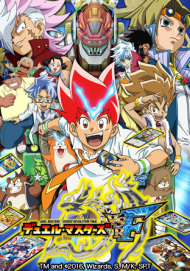 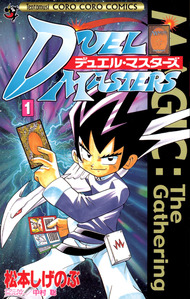 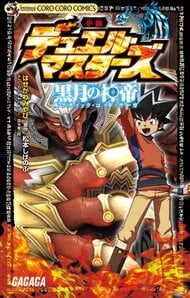