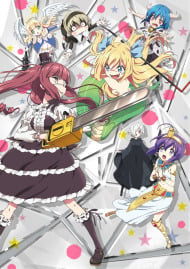 (Spoiler Free) Read if you are unsure whether or not you want to watch Dropkick on My Devil! to see if it's for you.   Dropkick on My Devil! is a fun filled yet gruesome comedy filled with satanic characters in a normal almost slice of life setting. If you are deterred by gore, have no fear, as this series has nothing explicit and is very good about censoring scenes. Quite often censorship is used as a fourth wall break. The number of meta, fourth wall breaking jokes featured in this series goes beyond anything I have seen to date.   Story Jashin, an immortal devil taking the form of a lamia, is summoned to the human world by Yurine Hanazono, a college student and local witch. The only problem is that Yurine doesn't know the spell to send Jashin back to hell. Thus, the only way for Jashin to return to hell is to kill her fellow roommate and summoner so that she can break the spell. The series progresses in multiple scenes per episode regarding Jashin trying to achieve this goal while interracting with her various friends that are quickly introduced along the way.   Characters Characters and how they interract with each other is the main premise of this show. Jashine is an absolute terrible person, and takes great pleasure in doing rude or obnoxious things for her own benefit. Yurine is incredibly strong and equally ruthless in how she deals with Jashin's antics, often leading to gruesome scenes where Jashin is killed or mutalated in some cartoon-like way. Dropkick on My Devil! stands out among other anime of the comedy genre due to its unique dark comedy that contradicts with its otherwise cutesy animation. Each character has their own unique quirks that really add a lot to the show, but I won't describe any of the other characters to leave a little bit of a surprise!   Animation Dropkick on My Devil! is absolutely adorable. Character designs are cute. Character interractions are cute. Everything is adorable. As I said earlier, despite the universal cuteness, Dropkick on My Devil! has a constant dark theme following many scenes, seeing how the main objective to the story is for Jashin to kill Yurine. The animation style is not depressing in the least, and even the gruesome scenes are overly lighthearted, adorable, and purely comedic. The animation in this series really builds the world to be bright, colorful, and fun.   Comedy Comedy obviously plays a big part in Dropkick on My Devil!. This series will really give you a good laugh. From sweet and funny character interactions, to awesome and creative fourth wall breaking jokes, to countless easter eggs directly referencing other popular anime (DBZ, Attack on Titan, etc), this series is bound to make you chuckle. Trust me on this one.   Music Not going to lie, the music is actually really good. It is bright and colorful just like the animation, and compliments it perfectly enough to add some great depth to the scenes. The intro and outro music is even great! On multiple occasions I simply would let the intro play just to hear the song instead of skipping it, which is a good indicator for any series that the music is at least alright.   If you have read to this point you are obviously at least a little interested in the series. I highly suggest you give it a try to see if you like it! Need I say more?

Another series I had been watching is called Dropkick on My Devil! This anime concerns a lamia by the name of Jashin who was a "evil goddess" that was summoned by a young woman named Yurine. Displeased by this, Jashin spends a duration of the anime trying to find ways to end Yurine and return to Hell. Unfortunately for her, Yurine has a wide array of different weapons all of which she is adept at using to punish her. To think of this show, I like to call it the end result of combining elements from Miss Kobayashi's Dragon Maid and Bludgeoning Angel Dokuro-chan. The anime is like an extreme take on old cartoons such as Looney Tunes or Tom and Jerry. Each episode, we have Jashin hatching a scheme to kill Yurine, but due to her incompetence, she fails and Yurine gruesomely inflicts pain on her in response. The first episode has the two girls invite other devil girls (and an angel) to a hot pot party. After some heated tension, Jashin opts to eat all of the meat which leads to Yurine taking a knife and chopping up Jashin's tail to serve as meat. Don't worry, given how Jashin is immortal, she can regenerate...though it would be painful. You would think that this type of humor would get old quickly, but the show actually does spice it up by providing different fashions in which Yurine would torture Jashin such as one time she put Jashin's hand in a blender. The show really reminds me of Happy Tree Friends in some ways which makes me enjoy the show more. However, this type of visceral slapstick humor isn't for everybody, so I wouldn't recommend it to anyone who is squeamish.As for characters...I simply despise Jashin. She is probably one of the worst title characters I have seen in a long time. She's annoying, she's selfish, and above all else, she is a jerk. She bullies other demons because she views them as below her; picks on an ice devil to force her to make it snow in her shared apartment room with Yurine; she treats her best friend Medusa as her personal ATM as she would provide her with money to cover for things she buys. Her sense of importance is so inflated, she thinks that she can bully anyone around even though they would often be leagues above her. Worse, she doesn't really have moments where she improves as a character always staying as an egotistical jerk who feels no shame for anything she does. With Yurine, she has a Lolita style of dress, something that would make her appear fragile. However, that is far from the truth as she is equipped in using several weapons which she can and will use on Jashin. Beyond that, I like how outside of Jashin, she is nice towards the other demon girls and shows some compassion towards others. Though anytime she punishes Jashin whenever she goes too far is always a highlight. Another character I like is named Pekola. Pekola was an angel who had fallen to Earth after losing her halo. Without her halo, she is exceptionally weak. Pekola lives in a cardboard box and is defined by her perpetual hunger. I don't know why I like her, but I just feel that she's cute with her thousand yard stare and her persistence of trying to reject food that Yurine would offer her under the belief that she was a witch in cahoots with Jashin. Medusa serves as Jashin's best friend. Despite her name, Medusa is actually pretty adorable so much so, she unwittingly transforms people into stone when they look at her. As such, she has to wear a bag in public. Ironically, Medusa is actually one of the nicest characters in the show often trying to talk Jashin out of trying to murder Yurine to prevent any further punishments, but her pleas often fall on deaf ears. Minos is another devil girl. She is a minotaur who wears a shirt on her professing 100% beef. One of her quicks is that she is crazy strong, often being unaware of how deadly she could be such as that one time she accidentally broke Jashin's back. However, unlike with Medusa, I feel that Minos gets less exposure, though I think most of it actually has to do with her not appearing until around 40 chapters into the manga IIRC. At the very least, Minos should have more episodes to define her character more. Lastly, there's Mei Tachibana, a police officer noted to steal things that she deems as cute such as when she tried to steal a statue of Colonel Sanders even when the manager was looking. She becomes infatuated with Jashin and vows to take her home. Mei's mannerisms around Jashin really reminds me of Sanae from Ika Musume. Mei adds a certain flair of madness that makes her stand out in the show which is very much welcome. Overall, an okay anime even though the title character is a jackass of the highest order. I'd recommend this show for anyone who likes visceral slapstick in the likes of Dokuro-chan or Happy Tree Friends, but if that type of humor isn't your cup of tea, by all means skip it.

Honestly..It was okay. I saw the second season on Crunchyroll and actaully watched the first episode before realizing it wasnt the first. I watched about 6 episodes of season one and i couldnt get into it. I watch alot of the "Cute Girls Doing Cute Things" genre and as far as gag anime goes this was meh. Theres absolutely ZERO plot. They dont tell you how the demons were summoned..but season 2, episode 1 did..which was weird. Theres just all these charcters who are just there interacting with one another. How is the MC friendly with Jashin, Medusa, AND a Angel? Why does Medusa wear a paper bag over her head because itll turn humans to stone, but doesnt turn the MC into stone?? Why/how did the Angel lose her halo and cant get back to heaven? How did she come across the MC and other demons? Its all over the place. I get its suppose to be a comedy with a lot of fourth wall breaking and such, but there has to be some kind of plot added. Def feel the episodes shouldnt be 22 minutes long. They shouldve given it the Isekai Quartet treatment (Which is hilarious btw) and reduced it to 11 minute episodes.  All in All. Watch this if you want a random anime worth a few laughs and nothing more with the typical troupy characters. 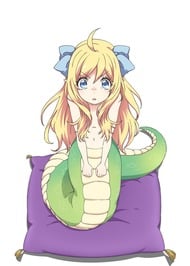 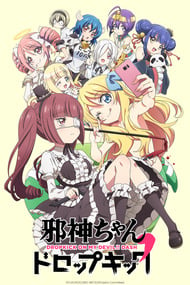 Dropkick on My Devil!! Dash 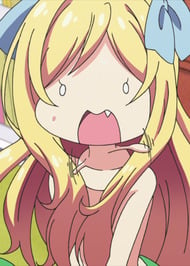 Dropkick on My Devil! X 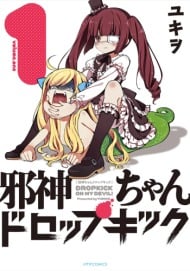