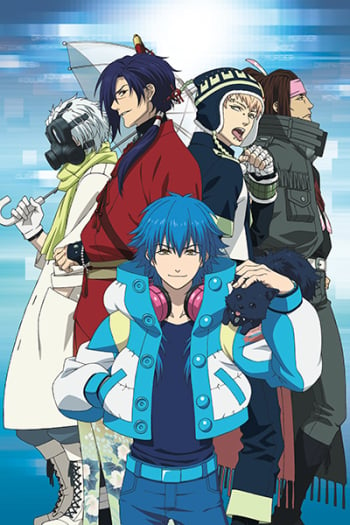 While I found the anime to be problematic to both players and non of the original visual novel is much more fitted for players. It does some interesting things that are unique for the OVA, however the story jumps around so quickly that anyone who hasn't played the game is likely to be majorly confused.

I am keeping my rating at an eight aside from the three tens, because of the fact that I think they could have made this clearer for viewers who haven't played the game. However, I will forever think that they did I much better job on this one epiosde than the entire main anime.

I feel the need to give a bit of information as to what is going on here since the OVA does not do a good job of explaining. This is based of of a visual novel, meaning each character has a route. These are all of the bad endings jampacked into one episode. The way it is presented makes it seem like either all of this is happening in the same reality or is a dream. In actuality, these all happen in a different ending path to the game.

Now the good news is that this follows the game more closely, so you don't miss out on much besides the explainations for why the characters are doing these things. The fast shifting between routes and the drama (?) taking place should hold your attention. Since you haven't played the game you will probably be in for a fun, shocking experience, especially if you are a shounen-ai fan (since the main anime left all shounen-ai out).

Now the negatives. As I said, you will probably be confused, but hopefully less-so after knowing that these are disconected events. However, even still, you won't understand how Aoba got himself into these situations and probably not why the characters are acting they way they are (especially Ren since that really only infered by the messages that pop up on the screen in the game right beforehand).

So, mainly you are in for an interesting experience, but you will probably not fully understand it.

The endings are fast-paced and the sex is majorly dimmed down, but you still get to see the lovely guys in moving animation, so who can complain? As I said earlier they did some interesting things like having Sly Blue and Aoba playing a checker-type game which shows how much power Sly Blue is gaining. This game builds on each ending, which I find interesting because it kind of implies that all the routes do exist but in different realities or something. Anyway, we also get to see Aoba watching and reacting to the bad endings from a distance.

For negatives, as I said the routes are fast-paced, the sex is cut and censored, the animation is still nothing compared to the original game, and of course Aoba is still suffering in these endings (but you should have expected as much, right?)

As a random side-note, why don't they make one of these for the good endings? I want it.

I never payed the game but I have watched the anime and I found this great.
I wished the anime had more BL scenes.

I enjoyed this ova 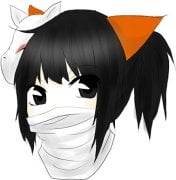 this is not worth watching it seems to just be a what if story of what could have happened. I really don't recomend it.

This is a summary of some bad endings from the game and nothing else. While I got to say it was heartbreaking and amazing in the game, in this special video it's... ok I guess.