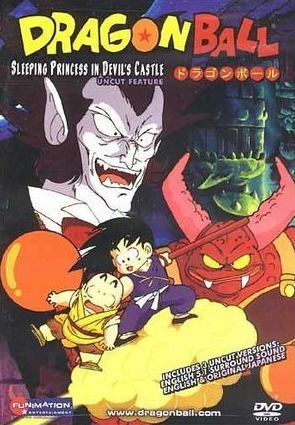 Premise: This movie’s a combination of the plot from an early Dragon Ball arc and a little bit of original content. The mixture reminds me of a Naruto OVA.

Required Watching: If you watched the episodes from Krillin’s introduction to Launch’s arrival at Roshi’s island would give you the plot that is being ruined in the movie, but then again, it might be best NOT to watch Dragon Ball first.

Comparison to Movie 1: The same technique is used in both of these films: take a previously created plot and redo it… badly.

Canon Issues: I don’t understand why Launch was removed. Her split personality was a great source of humor! Then again, I liked the first lady that Goku brought back too. ;)

Filler Content: Two humorous ladies were replaced by a dull one and a few supernatural villains. It’s just an excuse to fight, and it’s not enough to replace what was lost.

Overall: I watched Dragon Ball before this movie, and it really bothered me to see the story trashed like this. On the other hand, someone who sees this first might enjoy it more.