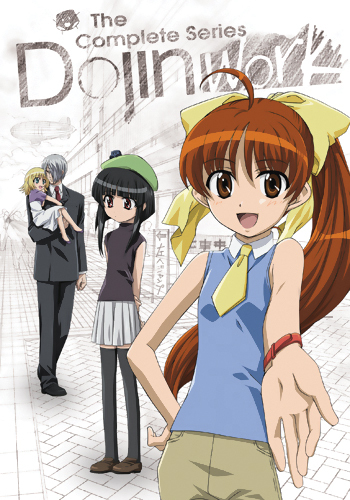 This is my personal review of Doujin Work

have you ever had that moment where you've just finished an anime but still have time left but just not enough time to finish another? well look no further this is one of those shows that is great for filling up that gap!

there is very little actual plot in this besides the obvious fact that all the characters are doujin artists all trying to sell their stuff and going through great lengths to do so. Despite this utter lack of any real plot it is still very enjoyable because of its rather light heartness and humor.

there really isn't much to say about them besides them fitting a specific character type, they all have a distinct form of humor with them.

standard, nothing really special besides the studio made all the characters look (massively) younger than they were in the manga...

this is one of those shows that you watch when you just finished marathoning something and you don't feel like starting another but still want to watch something. Is Doujin Work a terrible show? hardly. Should you marathon it on its own? bad idea. Simply put, this is the type of show that simply serves to act as a filler in between breaks of marathons.

I have to admit this is quite catchy... 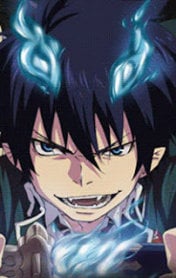 Doujin Work is a very short anime that I watched one day out of curiosity and boredom. I finished it in one evening and seemed to fully enjoy it. Doujin Work is about a young girl, Najimi Osana, who becomes interested in doujinshi because her friends make a lot of money from conventions. She loves to draw, but learns quickly that doujin is not an easy task. Through attending more conventions and working to create something that will make her some quick cash, Najimi settles in to a small group of friends who help her so that she can make a name for herself in the doujinshi field.

This anime is VERY short. If you aren't the type for short series, then I suggest you find something elsewhere. However, while Doujin Work is short, the anime is enjoyable. I must admit that it wasn't perfect. The character relationships are fairly over-used, but the concept was something I hadn't encountered before this. I compare it to Comic Party, except a R+ version. Osana and her friends go to conventions for their lively profits. The anime is pretty comedic throughout.

This said, I believe Doujin Work is worth at least looking at. While the anime lacks a few things (longer episodes, more content, more in-depth relationships between the characters), it manages to leave a mark. I can definitely see it's re-watch value increasing due to the short episodes (they're only fourteen minutes each). The anime (Like Bakugan, but for doujin rather than mainstream manga) gives an insight to how the convention-selling life works. I think this is a good opportunity for anyone seeking some anime-ish advice on starting their own line of doujinshi.

Unfortunately, I can't describe why Doujin Work leaves a mark on me. I suppose, in my opinion, it's funny and refreshing. I mean, not all anime have to be 25-50 episodes long right?

I'd definitely recommend this anime to anyone who is interested in the doujinshi field and wants a few good laughs. While it's true that I gave this anime a 4/10, someone else might have given it more. Please don't let the low rating defer you from the anime.