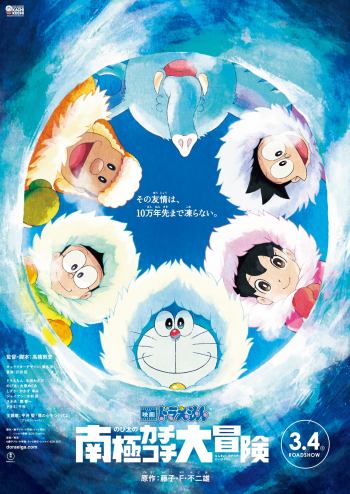 If you're looking for manga similar to Doraemon Movie 37: Nobita no Nankyoku Kachi Kochi Daibouken, you might like these titles.

One day, an asylum in a large hole is discovered in Antarctica. At the same time, the mysterious coma-inducing illness Randolph's Syndrome begins spreading around the world. Many countries sent an investigation squad to the asylum, believing it to be the cause of the disease, but not a single person safely returned. Sergiu Sol, a boy with a special resistance to the disease, and Antarctica's jack-of-all-trades Hildegard Olympiada Yamada, decide to take on the challenge of the large hole without a map, but...!? What is the cause of the coma-inducing disease? What in the world is the asylum? Go down to the deep, jet-black bottom, one with insanity.