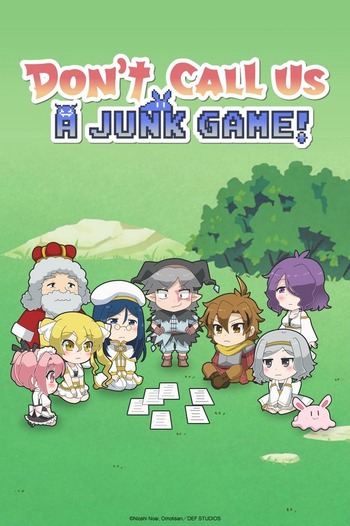 If you're looking for anime similar to Don't Call Us a Junk Game!, you might like these titles.

When they’re not battling it out in tournaments or training to be the best, Aichi, Kamui, Misaki and the rest of the gang have plenty of fun misadventures. Whether they’re participating in interviews, enjoying a hot bath, learning how to be a better Vanguard player by reading fairy tales, or even flying giant mecha in an epic space battle, Card Capital’s residents are sure to have a good time!