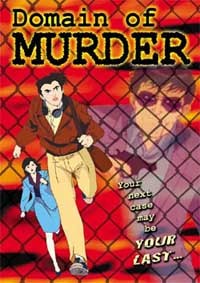 The story is about a private investigator who is hired by a woman to find her missing husband who had dissapeared after the death of his daughter.  Said missing husband is also the suspect of two murders.  There are several twists and turns as well as plenty of "feels".  The story is pretty well paced (especially considering that it's only 51 minutes long), and the ending is quite satisfying.

The animation is pretty dated.  To be fair, this OVA came out in the early 90's, but those who are used to more modern animation may be turned off by it.  Still, it's not the worst animation I've seen and does it's job.

While the music isn't bad per-se, it's fairly forgettable.  It does it's job, but nothing more.

While it's impossible for every single character to get development in such a short time, the ones who do are developed quite well.  The most developed character is probably the missing husband.

While the dated animation may turn some people off, those who prefer a good story over flashy animation should check out this hidden gem.