Dog Soldier: Shadows of the Past 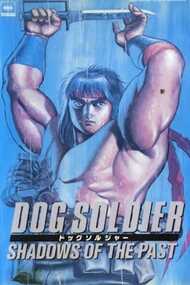 When an American scientist carrying a cure for the AIDS virus is kidnapped by an arms merchant, John Kyosuke is forced back from retirement. He accepts the challenge to regain possession of the anti-serum. He finds out that some of the people he is after are closely related, which gives his conquest a whole new meaning.

610 users are tracking this. Log in to see stats.

Story: Dog Soldiers? More like Shit Soldiers, amirite? But I kid, except I'm not because this is absolute crap. I also wanted this bit to be the first thing people see when they check out the reviews and come upon mine. I'm a real class act. Anyway, this Japanese Rambo lacks the sensitivity and psychological overtones with a resistance to killing ala First Blood and the brutal ass stomping of a despotic military where people get cleaved in half by anti-tank rifles and other throat ripping badassery ala Rambo IV. I don't know about the movies inbetween, but I'm sure Shit Soldier lacks the action-packed nut-bustery of the inbetweeners. It's... boring. If I talk about the story, I sum up the OVA. Actually, the synopsis sums it up nicely. But don't be fooled by the guy whose muscles are bigger than his head! He doesn't rip any heads off, he doesn't punch the hearts out of people nor does he make people's midsection explode. He sometimes uses a knife, like the one he's holding and occasionally gets into knife fights but for some reason, when he cuts someone, it isn't a geyser of blood. I mean, this is the 80s! 80s anime OVA like MD Geist are all about blood, guts and shoving your boot up someone's ass so far that all their shit would have footprints in it. There is very little blood, let alone violence. People are always talking and shit, dumping exposition dumps like a night after a Taco Bell binge. If it's called Dog Soldier, you expect soldiers to fight like dogs, not talk about some dumb shit that isn't knife fights. Now, I may be complaining, but in it's defense, AMERICAN FOREIGN POLICY AT WORK WOOOOOOO USA! USA! USA! Because if America is in it, they are going to BLOW SOME SHIT UP WOOOOOOO JINGOISM! But that's only a small part. Animation: It looks alright, but lacks blood, gore, excessive violence, too many big chins for creeps, a few oddly shapen people but it has some 80s charm, and looks 80s and to be frank, I love the 80s. But this isn't relative in the grand scheme of things. Sound: Also, not relevant in the grand scheme of things but the OST is illin', good tunes to be had and while the voices one couldn't care about, it has one exception: Norio Wakamoto. Norio fucking Wakamoto. NORIO WAKAMOTO. Characters: Oh shit, all I remember is Norio Wakamoto. MC is... a veteran? There's an American scientist, MC's friend and Norio Wakamoto. Nobody is memorable or entirely likable. I think if I think hard enough, I'm going to have flashbacks. And this show had plenty of those. Overall: This is absolute shit. Not even Norio Wakamoto can save this from being a snooze fest. The only reason it's not a 1/10 is because of Norio Wakamoto. 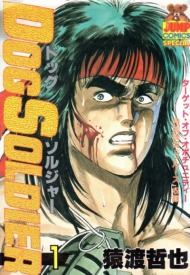