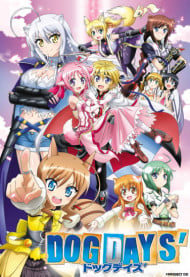 Hi everyone and let's not waste time with what is what and dive right into Dog Days'... So i take it u saw the 1st season and liked it..I did too..It was interesting-ish,nothing special,a good story,good animation,good characters and so on and so forth..Well the good news is that the animation is still good,the soundtrack and voice acting still good..But every single thing other than these has gone downhill faster than Concorde. First of all..This anime's most glaring fault..It doesn't know what it wants to be.It's a green mush of slice of life,harem,ecchi,fantasy,etc...It really tries hard to blend them all but it fails so miserably you can hear the impact of the drop from space.The first season wasn't a masterpiece,oh no,but it had hooks.It had story,it had build up,the characters interacted very damn well,and the result was nice in it's own way.This one doesn't i'm afraid. So,ok,the MC takes his friends along for the ride and when u expect to see confusion and struggle from his friends(well duh,they're in a whole new strange world)you get some fluffy,pink scenes between his friends and the dog-like,cat-like and even squirrel-like cast..What's more they are prepared to battle from the very first episode..From the very first few mins..How did that happen?Through the fucking magic of peting one another?Rebeca for example,learned and mastered in 3 minutes the holy art of flying a broom and shooting magic shit to the enemy?And even defeating her Hero friends in a single hit? But what this anime does very well indeed is focus shift from Shinku and give space to all the other cast you might say...But it doesn't make use of that space..It's just fan service,cuddles and stuff..No development,no drama,no suspense,nothing to grab you by the balls and stare at you laughing,while you cry and scream in agony....What i want to say is...There is NO STORY..The dialogues are so damn cheesy and pointless,it gives the impression it was written by a 5 yr old during potty training. I haven't seen the 3rd season yet but i do hope they took some risks and made it better cause in my honest opinion,this was a huge step back.If you want something good just watch something else.Even for an ecchi,harem anime this is bad,really bad.It isn't boring as such,but it doesn't have the elements to make you WANT to watch it all the way.

So I watched the first season and though it had good things all around. It is a show in it's genre that is light hearted, mostly for kids, it's unique in its own way. I found it to be refreshing and nice in many ways. Towards the end of the first season, I felt like they wrapped things up to make it really obvious a second season was coming, but whatever.  The second season... Not only do they drop the ball within the first episode, they don't bother to pick it up. There is no story. Adding new characters, like trying to push playdough through a mold doesn't work. I feel no attachment to the new characters, no interest at all. In the first season, the main character wasn't OP, he had to go through the ropes, learning everything. But in this season, his two friends somehow have mastered things that took him days, maybe even a week to learn? Nah. That's ridiculous. This show takes their previous story, logic and over all structure and throws it out the window. When a show dares to do that, they need to have a good reason, otherwise it fails. The second season of Dog Days has completely missed the mark of what anime is. They took their great show and spat all over it.  I am no longer interested in this series and I will not be watching the third season. Honestly, this makes me sad. I had such high hopes.

I was ridiculously excited for this. Not particularly because I liked the first series (I mean, I did, but not enough to get this excited), but because my absolute favourite thing in anything set in an alternate world is when the person who originally went brings their friend there. It's awesome when the person freaks out, but my absolute favourite is when they couldn't care less and the original person is super confused (I watch way too much alternate world stuff, don't I?) Anyway, this series didn't have any of that. They just completely accepted it. And Sink didn't care. Talk about wasted opportunity. I'm sorry, this probably isn't a very useful review. I was so disappointed by this that I have only watched two episodes. If I get around to watching the rest, I'll add more to the review. 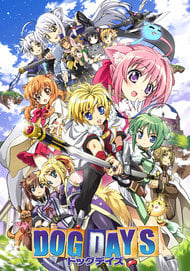 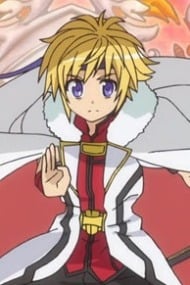 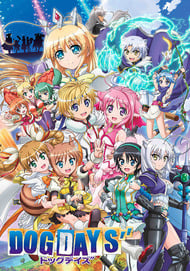 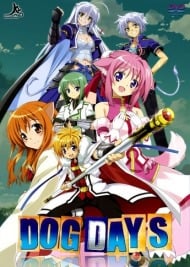 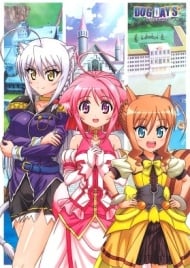 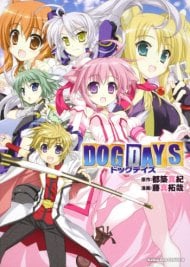